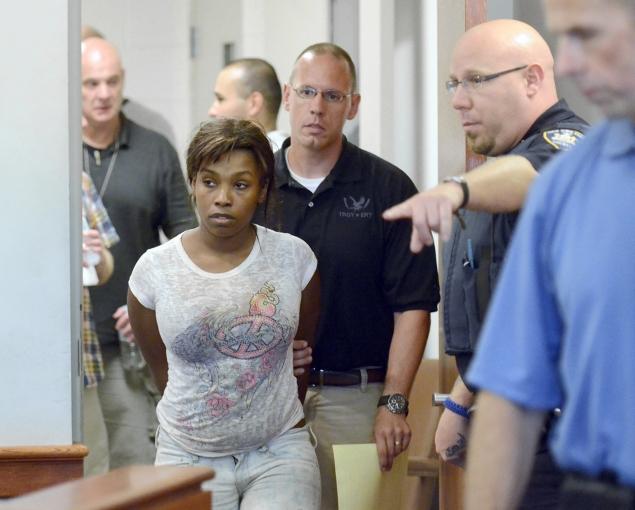 Audrea Gause, 26,  was never in the Boston area during the tragic day of April 15. Yet, on June 3rd the Troy, New York woman filed fake, notarized reports and submitted it to The One Fund Boston. Her claim stated she endured a traumatic brain injury when she was reportedly admitted to the Boston Medical Center for two days and then transferred by the hospital team to Albany Medical Center. There, she claimed in her report, she remained for 10 days and suffered hearing, memory and motor function loss. One Fund issued her payment of $500,000 late last month.

Massachusetts Attorney General Martha Coakley received a tip last week from an unknown source, claiming Gause’s claim was fraudulent. Due diligence was completed by her office.  Boston Medical Center and Albany Medical Center denied that Gause had checked into their hospital on any of the days she stated in her claim. In addition, unknown sources informed Coakley that Gause was never in the immediate area during the bombings.

Gause joins another individual who submitted an allegedly false claim. Branden Mattier, 22,  who was charged with larceny for defrauding the fund well above the $500,000 Gause is accused of. Mattier received $2 million from the fund after claiming his aunt lost limbs from the bombing, his trial is currently in process. The One Fund was set up shortly after the bombings to assist the victims and their families. The fund has received over $64 million in donations from businesses and individuals.

Over 260 people were injured and three killed from the bombings that occurred during the Boston Marathon. Two pressure cooker bombs exploded 13 seconds apart. Brothers Dzhokhar and Tamerlan Tsarnaev were identified by authorities, and the manhunt begun. Tamerlan was captured and reported dead upon arrival at the hospital, six days after the bombings. Dzhokhar was captured and admitted to the hospital for injuries. On April 22, he was formally charged by the United States District Court for the District of Massachusetts while recovering in a hospital bed. The defendant pleaded not guilty July 10th to all charges.

The One Fund was created to assist victims and their families with overwhelming medical expenses and other costs of transportation and assistance. Gause treated it as a way to win her own personal lottery when she submitted a claim of medical treatment. When the Troy police department was notified of Gause’s involvement in the fraud claim, Captain John Cooney shared his thoughts,

“She is not a stranger to our department,” said Cooney, noting prior offenses with document fraud and fake checks.

Gause took to Facebook shortly after the funds were deposited into her account with SEFCU on July 1. She posted on Facebook multiple times bragging about the money she came into calling it “new-found cash” and how she planned to spend it. In addition, police and investigators are looking into Gause’s boyfriend. He was thanked by Gause, for his help.

Authorities are certain the money would be recovered. Gause had planned using it on building a home and the builder had not yet received the funds. Coakley explained the findings against Gause,

“We allege that this defendant defrauded The One Fund Boston of $480,000. By doing this, she was stealing money from the real victims of the Marathon bombing, and from the people who gave so generously to help them.”

The process of checking The One Fund is currently in process by Coakley’s office as applications and claims continue to come in requesting funds. The paperwork will now undergo increased scrutiny and verification methods. Boston Mayor Thomas M. Menino held a brief conference:

“It is terrible to think that people would compound the Marathon tragedy by stealing money from survivors, but I am grateful we have such excellent partners in the Attorney General, in law enforcement, in the One Fund, and in a watchful public,” he said.

The Attorney General’s Office is imploring anyone who may know of potential fraud to contact the State Police unit assigned to the Attorney General’s Office at 617-963-2223.  For Gause, she was booked into Rensselaer County Jail without bail. On Tuesday she will be considered for extradition to Massachusetts where larceny charges are expected to be levied against her, during the recovery of the $500,000. There has not been an official checklist from the fund determining how the claims and cross verification, if any, are completed prior to payout.