Department of Defense to Auction Spectrum to Wireless Carriers 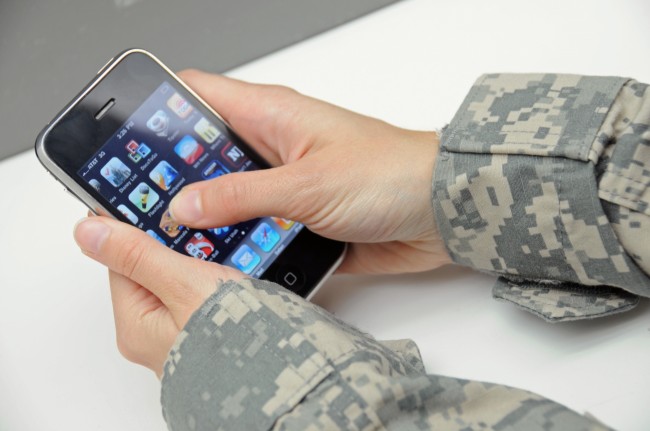 In a move sure to raise eyebrows, the United States Department of Defense (DoD) is auctioning off some pretty valuable spectrum space to wireless carriers. The government agency is moving away from 1775 MHz brand to a 1780 MHz band, allowing wireless carriers to compete with one another for the much coveted space.

The wireless spectrum was held by the DoD for military operations, drone training and flight combat training. The department continues to be hesitant about releasing the spectrum, it is not accustomed to sharing dedicated frequencies with household named carriers.

Wireless carriers have put the pressure on the Obama administration to share the space and stop the monopoly of the spectrum held from the government. Ironically, larger telecommunications firms (you know who they are) hold monopolies for services around the country. This auction will come with a pretty large starting price, rumors suggest bids accepted can start in the billions. Wireless carriers are knocking down the door to get access.

The Federal Communications Commission (FCC) released a memo earlier today advising it is willing to auction off and share airwaves from the frequencies of 1755 MHz to 1780 MHz. In a head shaking move, the Pentagon stated to move its frequencies into the varying spectrums of 2025 to 2110 MHz and 1780 to 1850 MHz would cost upwards off – are you ready for it? $12 billion dollars. This has critics in an uproar.

If the Defense Department opts to auction space and share it with the public sector, that price tag can come down to a humble $3.5 billion dollars. Congress is pushing the move, advising the FCC to complete the auction by February of 2015.

T-Mobile’s director of government affairs for technology stated, “while there are many details that need to be resolved, this is a significant breakthrough toward meeting the goal of licensing this spectrum, paired with 2155-2180 MHz, by February 2015.”

Comments of doubt and criticism stem from Vice President Dennis Warton of the National Association of Broadcasters who states, “While we are not opposed in principle to sharing where it works, the DOD has done none of the legwork necessary to even begin the conversation.”

Right now it seems like a tremendous amount of speculation. The complication of the matter depends on how exactly the military will move out of the spectrum into higher frequencies. In further confusion, the FCC is accepting bids from wireless carriers before the auction, which pose a question about the actual proposals to be reviewed.

You can expect to only see the largest carriers vying for the top spot of the auction win. With a price tag that could reach $12 billion, this is the deal that can make or break a carrier. This of course has consumers now wondering how carriers will pay for the bill. The DoD is not considering public service, they are considering the bottom line when it comes to the auction.  Once the spectrum is completed and the transfer of services begin, the winner could make the consumer a loser passing on the cost factor. It will be an interesting time to see the developments of this story. Furthermore, will be the increasing question of how carriers will recoup this cost from its consumers.