Hugh Jackman Wolverine is Gay Not 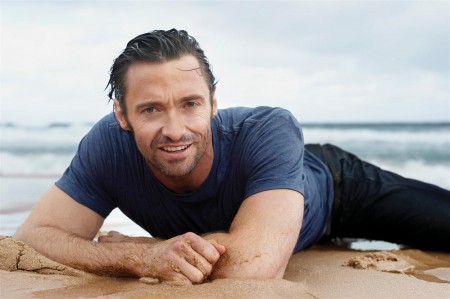 Hugh Jackman has had it with all those gay rumours, he wants everyone to know that Wolverine is gay, not! The 44 year-old X-Men star gave on interview to Australia’s 60 Minutes program and said that he and his wife were sick and tired of the allegations.

Jackman and Deborra-Lee Furness have been married for 17 years and have two adopted children, yet the gay accusations continue. Allegations that have followed him throughout his career. The Wolverine actor said that he just wants people to stop questioning his sexuality.

According to Jackman, he isn’t really bothered by the allegations. But they do annoy his wife. He said, “It’s, to me, not the most interesting things about a person, anyway. I do get frustrated for Deb, cause I see Deb go, ‘Ah, this is just crazy!'”

Deborra got right to the point. She said during the interview that it was “offensive” and that the allegations aren’t true. She said, “If he was gay, fine, he would say he’s gay, It’s annoying because it’s not true.”

Earlier in the year Jackman to The Hollywood Reporter that these constant rumours about his sexuality really “bugs” his wife and that she’s having a hard time ignoring the gay rumours. The X-Men Producer, Lauren Shuler Donner said that he felt Jackman’s marriage to Deborra was a solid one.

She said, “I have seen him with Deborra since the beginning of their trip to Hollywood, and I’ve been on five movie sets with him and have never seen him stray, have never seen him eye anyone. I met him when he did Oklahoma! [at London’s Royal National Theatre in 1999]. He was genuine, hugely talented. He was in love with his wife that day and still is.”

Hugh Jackman took advantage of his appearance on the news and current affairs program to state, yet again, that he’s not gay (and presumably neither is Wolverine) and he wants folks to move on.

Jackman had gone on the Australian program to talk about his upcoming film, The Wolverine. He will be hitting the “talk show circuit” in the run up to his film premiering as part of the publicity that any new film requires.

Wolverine’s latest film takes place after the events of X-Men: The Last Stand and we follow him to Japan, where a powerful businessman that Wolverine saved years ago offers him his mortality back. Logan has to face his foes in a weakened state and he has to rely solely on his adamantium claws and his animal instincts when mixing with a dangerous crowd of armed assassins, ninjas, a snake-like mutant who spits venom and a giant metallic warrior named the Silver Samurai.

After The Wolverine Hugh Jackman will be back in the next X-Men adventure, along with the other mutants, in X-Men: Days of Future Past along with Halle Berry, Ian McKellen, Patrick Stewart, Shawn Ashmore, Anna Paquin and Ellen Page.

They’ll all be joining First Class stars Jennifer Lawrence, Nicholas Hoult, Michael Fassbender and James McAvoy, and they will be making what director Bryan Singer has called, the “biggest” X-Men film yet.

Hugh Jackman is fed up with all the gay rumours that persist and he’s told everyone “down-under” that his Wolverine is not gay and neither is he. Just ask his wife!