Real Housewives of Atlanta Kenya Moore Gets $600,000 for Season Six 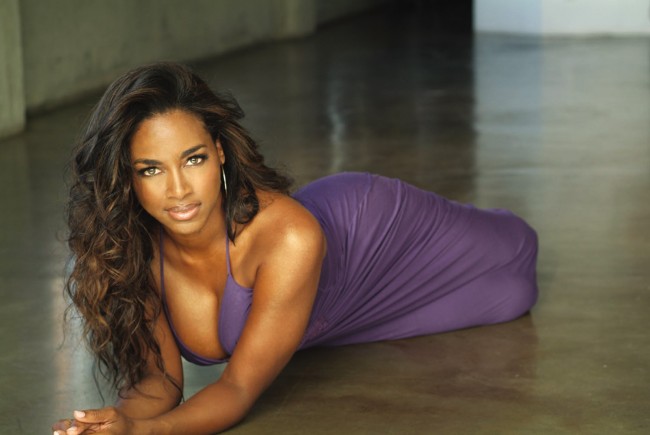 The dainty darlings of spiteful comebacks and smack talk are coming back for a sixth season of ‘Real Housewives of Atlanta.’ The feisty Kenya Moore, who did not win fans upon her arrival is slated to earn $600,000 for the entire season. While it pales next to Nene Leakes, Kim Zolciak and Kandi Burruss’ staggering incomes of $800,000 – it is more than a couple of lukewarm stars. Phadedra Parks and Porsha Stewart reportedly make a dismal $50,000 per season.

Nene was the least impressed with Kenya’s arrival, chatting cattily to fellow cast-mates Phadedra and Cynthia Bailey, “She was a Miss America? How many years ago was that?” It was 1993 when Kenya won the acclaimed title of of Miss America, obviously a memory seething in Nene’s jealous mind.

Kenya has collected a nice array of fans, including female powerhouses in Hollywood. Beyonce is reportedly a big fan of Kenya’s, especially when the beauty performed with former Destiny’s Child members Michelle Williams and Kelly Rowland. The former pageant winner is cleaning up this season with over a half million in her bank and visual daggers from co-stars.

Kenya Moore is a pretty fierce personality. She is CEO of Moore Vision Media, a television and movie production company. She may be familiar to fans of ‘Deliver Us from Eva’ as ‘Renee Johnson’ and is directing a film set for release this fall. The movie called ‘Dolls of Voodoo Nights’ surrounds a story about a powerful voodoo priest who exacts revenge on a married couple, over his scorned daughter.

Many may remember the accusations from Phaedra earlier this year when she accused Kenya of sleeping with her husband, Apollo Nida. Kenya didn’t make matters better when she delicately stated it was Apollo who was texting her (ouch). Kenya should answer less texts from a cast-mate’s husband and start handling her rental search without drama. The former Miss USA may be using her income much faster than intended. Earlier this month, public records revealed that Kenya was being sued by her landlord. The lawsuit was tossed by the courts after Kenya agreed to leave the premises. When the beauty went back to retrieve items for a ‘Housewives’ episode, her landlord called the cops, stating she wasn’t supposed to be on the property, with cameras from Bravo, no less.

It seems thus far, the issue has settled, no word yet on where the doe-eyed beauty will reside. Speculation daunted on whether Kenya would even return for the sixth season, but rumors are now dashed and the ‘Gone With the Fabulous’ star has signed the dotted line. No word has been received on how the other ladies are handling this latest bomb from the network.

Teasing rumors slipped from Kenya that she may be dating a new beau. Reportedly, an international oil tycoon is rumored to appear with Kenya during photographs captured by ‘MediaTakeOut’ showing her walking ahead of the handsome, tall man. We’re guessing this will become an announcement on the sixth season of ‘Real Housewives of Atlanta.’  Housewife is currently missing from Kenya’s appearance, but with a potential new love interest, that may just change! For now, Kenya is lapping up the attention of both her fans and the network. Inking a $600,000 season deal is a breakthrough for the reality star, especially when it was unknown if she would return at all. Fans will look forward to wigs flying, backstabbing and more on the sixth season of ‘Real Housewives of Atlanta.’

11 Responses to "Real Housewives of Atlanta Kenya Moore Gets $600,000 for Season Six"