Amanda Bynes Allegedly Did Drugs Daily Until Her Lock Up 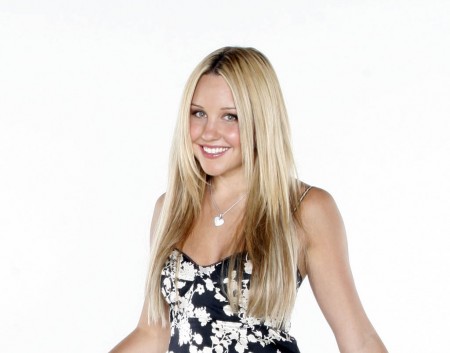 According to Amanda Bynes publicist, Jonathan Jaxson, he’s allegedly reported that his client did drugs daily until she got locked up under the 5150 psychiatric hold in California. Jaxon has been quoted by the website latinospost.com as saying that Bynes took illegal drugs, “all day, every day.”

Bynes publicist Jaxson also told Yahoo! that, “I fear she is going to end up like Amy Winehouse if she doesn’t get the help she so desperately needs. She is smoking 30-plus joints a day and doing cocaine.”

He went on to state that he was concerned about the amount of alterations to her body that she’s had done. He said, “Then there’s the plastic surgery. In the six months I was trying to do damage control she had several surgeries, they weren’t massive operations, usually day-long procedures, but she didn’t need them.”

Jaxson started working for Bynes after her second hit-and-run accident and he says that her substance misuse has drastically affected her personality saying that, she is the “sweetest girl in the world” when she’s sober.

Unfortunately, it sounds like he wasn’t able to witness a “sober” Bynes very often. He said, “Sadly she is strung out on drugs and paranoid most of the time. People say she has mental health problems but I think it’s just the drugs.” He added that, “She doesn’t really drink, she just does drugs all day, every day.”

Jaxson’s allegations that Amanda Bynes did drugs daily until she was locked up is disturbing. But it also goes a long way to explaining some of her bizarre behaviour and her rant filled tweets on Twitter.

This daily intake of illegal substances probably has a lot to do with the 27 year-old ex Nickelodeon stars current mental health issues. She is still being held involuntarily at a psychiatric hospital for evaluation and treatment.

She was put in the facility after setting fire to a stranger’s driveway in Thousand Oaks, California where she set part of her clothing on fire and reportedly burnt her pet pomeranian. Since her involuntary incarceration, Bynes has been diagnosed as schizophrenic and is receiving medication to combat the illness.

At an open hearing at the Ventura County, California mental facility Amanda is being held at on a, now, extended involuntary psychiatric hold, her doctors told a judge Thursday that she is being treated for schizophrenia. Apparently, her mother Linda has asked that the next hearing be private in order to give Amanda some privacy.

An insider at the hospital has said, “Although a formal diagnosis will be finalized in the next several days, it’s almost certainly schizophrenia. Reports that said she was responding well to the psychiatric drugs that were being given to her are wrong. It can take months, or even years to get someone like Amanda to find the right drug combination and then get her therapeutic.”

The star of Nickelodeon’s All That and The Amanda Show will have to stay at the hospital until at least August 9, when a hearing in probate court will rule on the petition by her parents to be allowed conservatorship for their troubled daughter.

With the recent news that Amanda Bynes did illegal drugs daily until her involuntary lock up, it seems that there is more here than just her mental issues of schizophrenia. She’s probably undergone a bit of withdrawal as well. We hope that the actress can recognise that she’s got mental problems and continue with the medication that will help her.