Lindsay Lohan Rocks It on Chelsea Lately as Guest Host 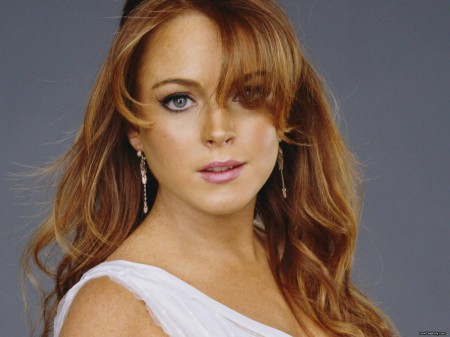 Lindsay Lohan “rocked it” last night on the Chelsea Lately show. Stepping in to guest host for Chelsea Handler the recent rehab alumni gave some pretty good monologue and produced enough laughs from the audience to impress. The main theme of her comedy riff was to thank all those other celebrities for keeping the paparazzi busy while she was in rehab.

Or as she put it in her opening monologue, a “court ordered vacation.” Lohan proved that she had the “chops” for comedy as she moved deftly through her spiel. She opened with, “As you all know for the past 90 days, I’ve been on a lovely court-ordered vacation in Malibu, I’ve been through alot lately.

She segued into the list of helpful celebs with a Weiner reference. “I have a lot of people to thank, most importantly, the celebrities who kept the tabloid industry alive in my absence — like Anthony Weiner!” she said as “Weiner” came on stage texting sans trousers. She added, “I would like to thank him for being such a d–k with an unlimited texting plan!”

She then moved onto Kanye West. “Kanye” came on stage with a baby “carry-all” strapped to his front, wearing a red hoodie and white sunglasses. Lindsay thanked Kanye for, “Being a baby who made a baby.” She then went on to the punchline, “How come when Kanye acts like an idiot, he gets a gold record and when I do, I get a police record?”

She finished her celeb roll call with the newborn Prince George from royal couple Prince William and Kate Middleton. On cue Chuy Bravo strolled on stage in a crown and a wearing a one piece baby outfit with “Future King” on the chest.

The audience loved the whole routine.

The 27 year-old actress then played a clip from her latest film The Canyons and explained that she was allergic to vodka, her proof being that drinking it put her into “rehab and jail.”

Lindsay Lohan proved that she hadn’t lost her sense of humour by delivering the joke writer’s material almost flawlessly. The theme of her thanking other celebrities for keeping the paps busy while she was in rehab was as topical as it was witty. It was a monologue well done. That she “rocked it” so well as the Chelsea Lately guest host may be down to her own sense of humour.

But her warm up session as the guest host of Chelsea Lately gave Lindsay the chance to poke fun at herself and still be in charge of the situation. Her upcoming interview with Oprah Winfrey, looks to be a different experience.

From the recent promotional trailer for her interview with media mogul Winfrey, it looks like Lindsay has subjected herself to a “no-holds-barred” examination of her life thus far. Oprah is going to show the “real” Lindsay Lohan. Fans should probably prepared to be shocked. But the upcoming interview isn’t just about setting the record straight, it’s also about the money.

Lohan made her latest film The Canyons for a reported $100 a day. So she’ll need all the money she can get her hands on now that she’s out of the Malibu rehab clinic and moved back to New York City. While the documentary for OWN Network isn’t due out until 2014, she can always go onto guest host other TV shows and thank other celebrities for keeping the paparazzi busy while she was in rehab.

Because after Lindsay Lohan rocked it on her Chelsea Lately monologue as the guest host, she till left a few “news making” celebrities out.