Rebooting Your Life is a Gift to Yourself 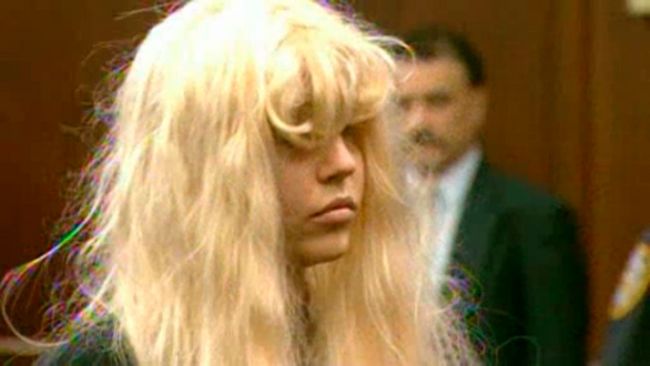 After appearing before a judge on Thursday, Amanda Bynes has been denied the right to leave psychiatric hold, according to a new report. Bynes was involuntarily committed to a psychiatric ward in California after she set a small fire in a stranger’s driveway. Bynes was not arrested in the case; instead she was placed on a 5150 hold.

A 5150 order places an individual under a 72-hour involuntary psychiatric hold, during which they are given a mental health evaluation. The order, under the section of the California Welfare & Institutions Code, allows for the involuntary hold when someone “makes statements that they’re either a danger to themselves or others, or gravely disabled.” Simply stated it is an involuntary hospitalization for mental evaluation.

Her parents, Rick and Lynn Bynes, had initially requested a conservatorship over her affairs. The request to take legal control of the troubled actress’ affairs was delayed, as Ventura County Superior Court Judge Glen M. Reiser said that since Bynes was currently under a 14-day hold, an emergency decision about a conservatorship wasn’t necessary. Reiser instead set a new hearing for August 9 to determine who will control Bynes’ affairs. The judge said that he hoped the actress would be present in court on that date, along with her appointed attorney, Mary Shea.

In 2008 Britney Spears was also put on a 5150 hold when the singer’s erratic behavior sparked concern from family and officials. Bynes parent’s request for conservatorship is similar to a legal maneuver Spears’ father enacted in 2008, during a difficult stretch in the pop singer’s life.

At the August 9 hearing, a judge will decide who controls her financial and personal affairs. An initial conservatorship would only be for 30 days, though if probable cause is found to renew it, the conservatorship could be extended for a year and renewed on an annual basis.

Amanda has received support from fans and celebrities alike; her former “All That” co-star, Nick Cannon, penned an open letter to her.

It appears the judge is forcing Bynes to take a “time out” and enter into a rebooting phase of life. This is something people everywhere could benefit from and use to help set their lives back in order. Here are a few principles about rebooting to explain why:

Bynes’ attorney argued that there is no legal basis for the 27-year-old to remain in the hospital because she is not a danger to others and is able to take care for herself. During the meeting with the judge, held at the psychiatric facility where she is currently staying, the judge decided that Bynes should stay there. Bynes has humiliated herself in the media for well over a year now, so it seems that anyone really in her corner would agree with and support the decision of Judge Glen M. Reiser.

Rebooting your life is a gift to yourself. It reconnects you with your spirit, the wisdom and joy that lives within, along with the truths that position your choices. It’s a personal anti-virus program that allows for freedom of what distracts, disorients, and keeps people from their best and highest good. Hopefully Amanda Bynes will leap at the opportunity for a reboot and get the help she needs to return to a strong and vibrant life.