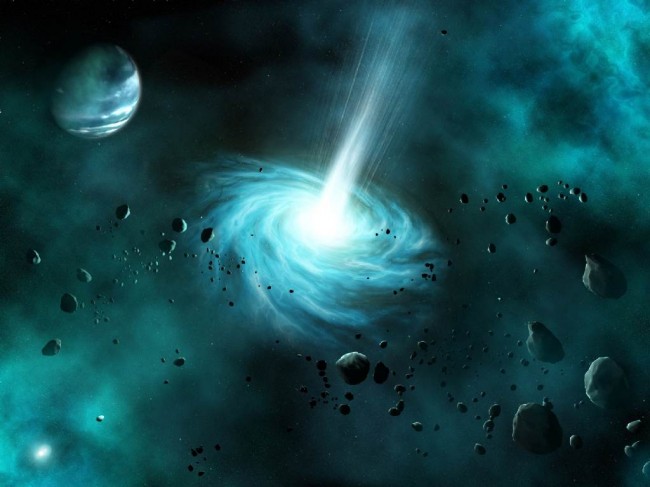 A new physics paper is not something that most people get excited about. Yet, this latest paper by Juan Maldacena and Leonard Susskind, may finally bridge the largest schism in physics, by connecting quantum mechanics entanglement with general relativity wormholes.

If there is an elusive Unicorn in physics it is Unified Field Theory. Basically a mathematical equation that could combine all the known laws of physics. This has become a more important idea in the last hundred years or so and was something that Einstein himself was very concerned about. Also known as the Theory of Everything, it may unlock our ability to understand and manipulate the Universe.

The basic laws, as we understand them, that govern large bodies (like planets, cars, and things with mass) does not interface very well with the very small laws of quantum mechanics. While the larger Newtonian and Einstienian laws can predict the behavior of very large things extremely well, those same equations do nearly nothing on the quantum level.

At the same time, the laws that have been observed on the quantum level do not translate to the very large. It has been an incredibly challenging issue for physicist for more than sixty years.

It is both strange and interesting to think about how these two different worlds interact and where they do. The behavior of quantum mechanics seems contrary to life as we know it with things like entanglement, bi-location (where a particle exists in two different locations), teleportation (where a particle instantaneously moves from one point in space to another), and uncertainty (in quantum physics you cannot measure both velocity and direction, it is actually impossible). Yet, it all works out, which is another haunting reason that physicists want to understand Unified Theory.

Now, however, it seems that a link has been created that may begin to bridge the very small with the very large. This connection may be made through a phenomena in quantum physics called entanglement and a concept in general relativity called wormholes.

Entanglement is the observed phenomena of two particles affecting one another regardless of distance. These two particles behave exactly the same in every way, whether they are right next to one another or whether they are on opposite sides of the Universe. While this phenomena doesn’t allow instant communication, there is something of a monogamous relationship to entanglement, in that only one particle can be entangled with another at any given moment.

The larger counter part to entanglement that may exist on the macro level, is a wormhole. Sci-fi fans have already heard about wormholes, but for those who don’t know, a wormhole is a theoretic phenomena that bridges the space between two black holes; as first theorized by Einstein and Rosen in the late 1930’s. A wormhole is essentially a hole in space that would allow something, or someone, to move instantaneously from one point in space to another.

The most basic connection here is that the same mechanics that link two black holes together through a wormhole may be the same mechanic that links two sub-atomic particles by entanglement. If this proves to be true, then it would be the first real step towards bridging the very small quantum physics with the very large general physics.

If this actually proves to be true, then scientists may be on the trail of understanding how to efficiently travel through space and over vast interstellar distances. Yet, like so many other promising leads, only time will tell if we can bridge quantum mechanics’ entanglement with wormholes.