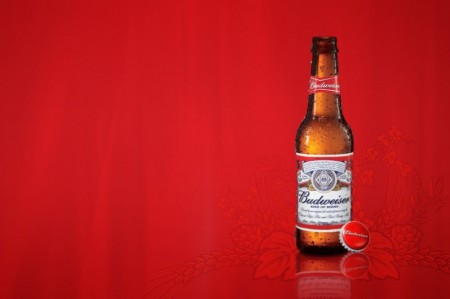 According to recent news and studies which examined emergency room visitors and what they were drinking, the majority of the patients were consumers of a popular and inexpensive American brand.  That’s right, Budweiser – ‘King of Beer’ – is also king at delivering people to the emergency room reaching a calculated 15% of those interviewed.  My speculation, therefore, is that Budweiser drinkers are less likely to read this article than non- Budweiser drinkers due to the simple fact that they may be in the ER.  But I need for you to tell me – are you a Budweiser drinker?

The recent research asserts that Budweiser drinkers end up in the emergency room more than other beer and alcohol drinkers because they make up a large population of ‘those who don’t make the best decisions.’ Would you concur with this assessment? Apparently Budweiser owns roughly 9% of the national beer market, I wonder if this latest study will change that?  Although changing your beer doesn’t necessarily make you a ‘wiser’ person, it’s a step in the right direction anyway.

Beyond being hilarious, I think this study is simply pointing out a deeper issue.  Those who ended up in the emergency room ‘for some sort of injury’ and were asked questions about alcohol intake – of the 105 people in the Baltimore ER asked to participate, alcohol was almost always present.  What does this say? Alcohol consumption leads to injury?  According the the World Health Organization alcohol consumption is responsible for 1.8 million deaths annually and 4% of ‘dis-ease burden.’  WHO continues:

Hmmm;  Fascinating.  Alcohol related injuries account for half of the deaths caused by alcohol consumption and 15% of those in ER with injuries are drinking Budweiser…I need my math genius here.  I’m speculating, but according to calculations, roughly 135,000 people per year, on average, die from drinking Budweiser – – but you aren’t one of these people I’m sure – because you are reading this article.  And I am quite certain Budweiser drinkers are less likely to read this article than are non-Budweiser drinkers.  Am I right?

Suggestions?  Cut back on the beer, especially if it resembles urine, as all cheap beer does.  ‘Good’ beer has some medicinal properties and can be a great source of calories when enjoyed in small quantities and can calm the nerves and soften communal communications.  Beer and alcohol ought to be viewed more as sacred elixirs due to their potency and consciousness-altering properties.  So, drinkers beware.  Do not use and abuse the fermented beverages to your detriment or to the detriment of others.  And please, please – if you see someone drinking Budweiser, stop them.  You just might be saving their life!

In short, I speculate that due to the under-intelligence of those who consume Budweiser, according to a recent study, these drinkers are less likely to read this article than are non-Budweiser drinkers.  Am I right?  Let this poll tell the truth.  Do me a favor and pass it on, so we can get the ‘real’ answer.

2 Responses to "Budweiser Drinkers Are Less Likely To… (poll)"