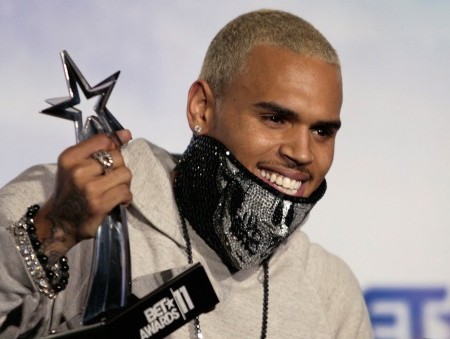 Chris Brown has escaped any jail time and he has been given extra community service hours with stern instructions on what he would be doing. Prosecutors also questioned the fact of whether or not Brown had finished his 180 day period of earlier community service because of “discrepancies.”

Superior Court Judge James Brandlin reinstated Brown’s revoked probation on Friday as well as giving the R&B singer the additional 1,000 hours of community labour where he will be expected to clean beaches or highways, remove graffiti or other chores as dictated by the probation department.

This latest round of legal problems are a carry over from the 24 year-old artist’s arrest for assaulting his then girlfriend Rihanna.

The decision was handed out by the judge after almost an hour of negotiation between Brown’s attorney Mark Geragos and a prosecutor. Eventually an agreement was made and Deputy District Attorney Mary Murry withdrew the prosecution’s request to rescind Brown’s probation as the hit-and-run charge had been dropped.

Chris Brown remained silent during the hearing apart from agreeing to the negotiated deal worked out while he remained in the courtroom with his mother and two other people. Despite the discrepancies of his prior community service his additional 1,000 hours were not the worst that could have happened.

Since his arrest and guilty plea to his 2009 assault on Rihanna, Brown has had several “run-ins” with the law that have come about from other alleged assaults, traffic incidents and his neighbours complaining about his “graffiti style” artwork on the side of his garage and fence on his house.

District Attorney spokeswoman Jane Robison said that the community service that Brown did for his earlier sentence does not apply against the new hours given with this latest sentence. The singer will have a year to complete the 1,000 hour community service project and he will have to reappear in court on November 20 to submit a progress report.

The Grammy winning performer can ask the court to end his probation after he has completed the community service order, but the decision will lay with a judge as to whether it is or not.

But as of now, Brown is facing further allegations of discrepancies in his earlier community labour projects, a charge that the singer’s legal representative, Mark Geragos refutes. Geragos said that prosecutors, “chose to ignore the actual evidence in an effort to find someone, anyone, to say he was not working.”

Chris Brown has publicly stated that he feel rather victimised because of who he is. He said earlier in the month that his latest album may well be his last as he says he is a victim of his own fame. The singer also claims that he is still being punished for his 2009 assault against his ex-girlfriend Rihanna.

At the beginning of August, Brown went onto his Twitter account and tweeted, “Don’t worry mainstream America, after this X album, it’ll probably be my last album.” He immediately followed that tweet up with, “Being famous is amazing when it’s for your music and talent. I’m tired of being famous for a mistake I made when I was 18. I’m cool & over it!”

But Chris Brown’s extra community service and questions about his previous community service “discrepancies” aside, he should look on the bright side. At least he will not be behind bars when his latest album X goes on sale on August 20.