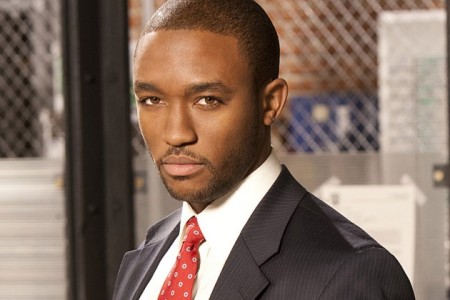 Former Disney Actor, Lee Thompson Young, committed suicide in his Los Angeles apartment Monday morning, according to his manager. Young’s manager, Jonathan Baruch, released a statement saying that he took his own life this morning.

Young, 29, was best known for his lead role in Disney’s television series entitled, “The Famous Jett Jackson.” Since that time he’d done a few other shows but more recently co-starred as Detective Barry Frost on TNT’s “Rizzoli & Isles.”

According to TNT, Young was introduced to the love of acting at the age of 10 when he played Dr. Martin Luther King, Jr. in a play.

Young had the lead role on “Jett Jackson” from the first show in 1998 through 2001 when the show was cancelled.  He continued the role in a follow up movie which was based on the television show.  For his role as Jett Jackson, Young was nominated for two Young Artist lead actor awards.

In his latest role as Detective Barry Frost on “Rizzoli & Isles,” he played the computer-savvy partner of Detective Jane Rizzoli. Originally they had planned to shoot the last episode of season 4 this week, but things changed once they learned of Young’s unfortunate demise.

Young was found dead in his home from a gunshot wound that appeared to be self inflicted, according to the Los Angeles Police Department.  After Young didn’t show up to the TNT set for work his landlord was phoned and police were sent to his house. His body was found shortly 8:00 a.m. this morning according LAPD.

Baruch said Young was more than a brilliant actor; he was a wonderful, gentle soul that would truly be missed.  He also asked, during this difficult time, that the public respect the privacy of his family and friends.

Many celebrity actors took to twitter to relay their support:

Executive Producer Janet Tamaro tweeted, “We are all without the words to truly express our collective grief and profound sadness at the loss of such a sweet, bright light. We are broken-hearted.”

Actress Gabrielle Union tweeted, “I had the pleasure of working w/ #LeeThompsonYoung on Flash Forward & he was an extremely talented beautiful soul. My thoughts & prayers are with his loved ones.”

Tamaro, who spoke for TNT and Warner Bros, said the cast was devastated and beyond heartbroken by the news.  She said Young was a member of their family; he would be remembered by all who knew and loved him on and off camera.  As the spokesperson for the cast, she sent their deepest condolences to his family and friends but most importantly, his mother.

Young was a growing star in Hollywood. He started as a Disney star and continued his climb from there.  Young has had major roles in other movies such as “Friday Night Lights,” “Akeelah and the Bee” and “The Hills Have Eyes 2.” He was the co-star on “South Beach” which aired on UPN and had reoccurring roles on television shows such as “Smallville,” “Scrubs,” and “Flash Forward.”

No one has indicated that they saw any signs that would lead to Young taking his own life and unfortunately, suicide is no stranger to Hollywood actors; the list continues to grow.

The reason has yet to be revealed, but what has been realized is a young up-and-coming actor, Lee Thompson Young, has committed suicide at age 29.  He started his career as “The Famous Jett Jackson,” and ended his career as Barry Frost on “Rizzoli & Isles.”