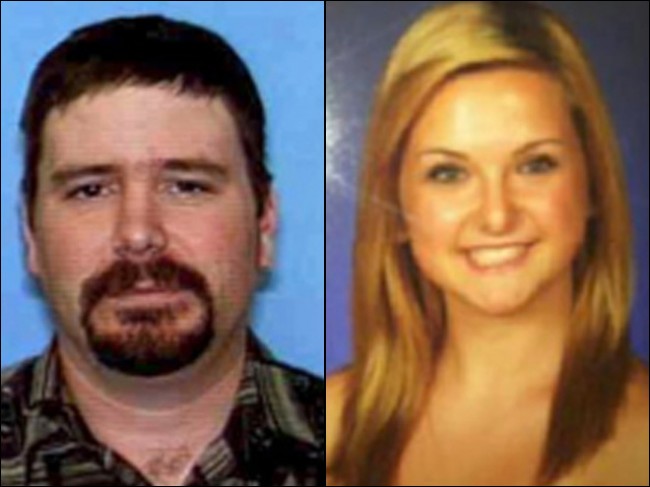 After a massive search in a remote area of Idaho, police on Saturday located the suspected killer and the 16-year-old girl, Hannah, he allegedly kidnapped.  The girl was found safe but the kidnapper was killed, police said.

The search spanned three states and thousands of miles. DiMaggio left with Hannah last Sunday; the same day her mother and brother were found slain at the girl’s house in Boulevard, California. The kidnapper and Hannah were located today near Morehead Lake, in the Frank Church River of No Return Wilderness, the largest roadless area in the lower 48 states, sprawling across central Idaho and reaching north to the Montana border, near the town of Cascade.

On Monday an Amber Alert was issued at 5 p.m. for the two missing children, Hannah Anderson, 16, and her brother, Ethan, 8. The alert had earlier been reduced to just Hannah after the remains found in the fire had been positively identified Ethan.

On last Sunday deputies and firefighters were called to respond to a deadly fire at Ross Avenue in the incorporated community of Boulevard about 8 p.m. Sunday. Deputies obtained a search warrant about 5 a.m., Monday and searched the debris layer by layer to look for additional victims, according to spokesperson Sheriff’s Homicide Lieutenant Glenn Giannantonio.

Sheriff’s Bomb/Arson investigators identified one body as 44-year-old Christina Anderson and determined she had been murdered, but it was not clear how she was killed. They believe the house was intentionally set on fire.

Originally, a child’s body was also found through the rubble but the age, identity, or cause of death had not been determined. Yesterday the age and identity was positively determined to belong to 8-year-old Ethan Anderson.

The abduction which occurred on August 3, 2013 at 5:00pm in the City of Boulevard, San Diego County, CA has now been confirmed that it was only Hannah. Both children were reported missing Sunday by their maternal grandparents, who are believed to live in San Diego County.

The suspect accused of abducting the Hannah is James Lee DiMaggio, 40, white and 5 feet, 9 inches and weighing 150 pounds with brown hair and eyes.

The bodies of Hannah’s mother and brother were found Monday inside a burned up rural house in Boulevard, near the United States and Mexico border in San Diego County, and the man who owns and lives in the home, DiMaggio, was also suspected of killing both of them and abducting Hannah.

DiMaggio and Anderson were described as being close platonic friends and were not believed to be involved in a romantic relationship, the lieutenant said.

DiMaggio is suspected of killing Christina Anderson, 44, and Ethan, 8, of Lakeside, and setting a fire Sunday night at his Boulevard residence, the lieutenant said. It was not disclosed whether Anderson was killed by the fire or another means. Remains of burned weapons were found in the house, Giannantonio said.

Firefighters found both bodies when they responded shortly after 8 p.m. Sunday to a blaze at the house and detached garage on Ross Avenue, south of Old Highway 80. DiMaggio owned the property and lived there alone, Giannantonio said.

Again, Hannah, the abducted teen has been found alive and is awaiting the opportunity to be reunited with her father. The suspected killer, Hannah’s mother Christina and brother, Ethan are all dead.

Hannah is alive and believed to be physically well but one can only imagine the extent of her rebuilding process. Thanks to law enforcement and all the concerned people that helped to locate her she was found alive and will start fresh with her father, hopefully, tomorrow.