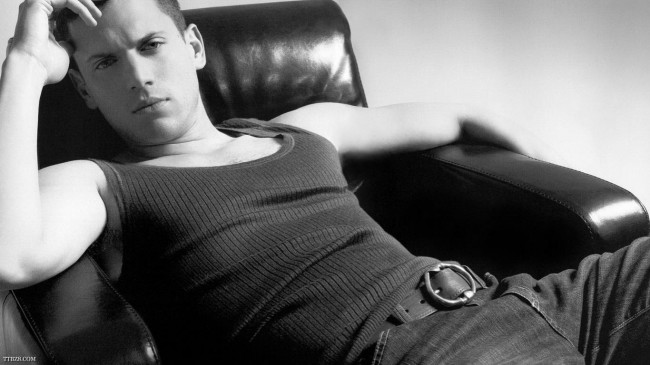 Prison Break star, heartthrob Wentworth Miller has come out and confirmed he is gay. The actor of the popular television series declined an invitation to the St. Petersburg International Film Festival held in Russia. The letter, dated today states that Miller must decline the invitation as a gay man, who is troubled by the environment surrounding gay citizens in Russia.

In signing the letter (linked at the bottom of the article), Miller cites memberships with HRC, GLAAD and The Mankind Project. He promises Maria Averbakh, the Festival Director once the “circumstances” improve, he would be happy to attend. Russia has been facing fierce criticism over passing anti-gay laws.  Putin is adamant against gay rights and has been promoting anti-gay laws throughout the country. Recently, a high court in Moscow passed a law that would ban gay parades for 100 years.

This background explains the reasons why Miller both came out loud, proud and ready to decline the Russian invitation. Rumors on Miller began circulating in 2007 when the ‘Prison Break’ star was seen with Luke MacFarlane. Curiously, that same year Miller denied during a interview he was gay, but stated he knew the rumors would occur. Many may recognize MacFarlane as former ‘Brothers & Sisters’ actor Scotty Wandell.

The former ‘Buffy the Vampire Slayer’ star had always kept his private life just that. The actor had conducted interviews openly admitting to wanting a wife and kids, which makes one wonder. How deep are some actors willing to hide their sexuality? Miller may have worried about his image to fans, prompting the taboo of his sexuality. Seemingly, based on his membership affiliation, he’s shared that information at some point in his life.

The actor has been attached to girlfriends over the past several years, and with the revelation of other actors, one ponders why the star felt the need to hide his true sexuality. As  star with a mixed ethnicity  background, Miller shows support for gay, Russian citizens. Reportedly, the actor also has Russian peppered in his heritage bag, prompting cheers from gay citizens in the troubled nation.

Miller creates a path of sighs from both boys and girls from his steamy role in Prison Break, to his sexy intellect. The actor is a Princeton graduate and was named one of “TV’s Sexiest Men” by TV Guide during the 2006 issue. He provides an influential impact for Hollywood and those seeking approval in Russia. The actor may had side-stepped the issue or completely down-played it, but based on demands within his industry, it also cannot be blamed. Perhaps, Miller’s next step will be to finally address the relationship rumors with MacFarlane.

Far too often, actors fear criticism from within the industry and fans, forcing them to hide back from revealing their identity. In itself, it was also Miller’s business to determine when he wanted to share the news. Now, that he has, fans are already rooting support behind the sexy actor. The LGBT community can add another star powered influence to their image. Hopefully, with such influence and with a string of Russian heritage, it helps to ease the strife overseas. Prison Break star Miller confirms he is gay and makes no excuses on denying the St. Peterburg’s Film Festival invitation.