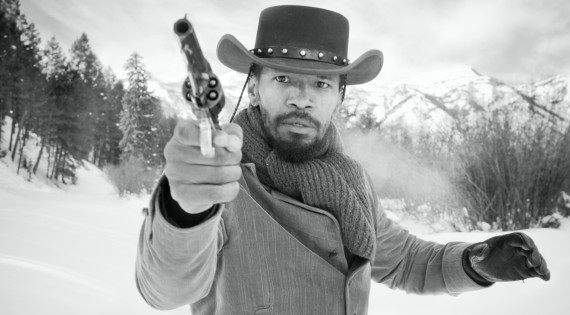 The black community in the United States has, historically, been in favor of gun control. The ignorance of this stance is shocking, when one considers the history of gun control and its link to Jim Crowe laws. These laws were enacted across the country from the end of the Civil War up to the 1960s to maintain a system of racial segregation. Laws that withheld the right of gun-ownership from black Americans were part of this system. Democrats who fought hard to maintain segregation, following their failure to preserve slavery, understood that no government can successfully oppress any section of the population without first disarming it. Jim Crowe laws did not simply deprive blacks of the same opportunities and resources available to whites, but ensured that the black population remained defenseless against systematic harassment and violence.

Sets of laws originally known as “Slave Codes” and later referred to as “Black Codes” specifically forbade blacks from owning firearms. Since the Second Amendment prohibits the infringement of citizens’ rights to keep and bear arms in order for states to raise militias from an armed populace, a 1792 federal law prohibited blacks from joining the militia. Later “Black Codes” essentially excluded blacks from the definition of “citizens”, to prevent them claiming Second Amendment rights.

The practice of preventing black Americans from owning guns did not end with the victory of the Civil Rights movement, however; first introduced in the Democrat-controlled Southern States, such restrictions eventually spread to historically Democrat-controlled northeastern states, as well as California and Oregon. Such states have consistently enacted laws which are aimed specifically at restricting gun-ownership in areas populated by blacks and poor whites; An 1831 law in Delaware required blacks to obtain a permit from the Justice of the Peace, in order to carry a firearm; in the same year, the states of Virginia and Maryland passed legislation prohibiting blacks from carrying guns. Illinois has a well-documented history of preventing Chicago Housing Authority tenants – the majority of whom are black – from owning guns. In 1994, the Clinton administration sought to ban gun-ownership in federal housing.

Even outspoken anti-gun journalist Robert Sherrill admitted that the 1968 Gun Control Act was “passed not to control guns but to control Blacks.”

Advocates of stricter gun-control laws deliberately advance a vague and emotional argument, when attempting to push their agenda. They do so because the facts and statistics simply do not corroborate their argument that stricter access to guns leads to less violence. A new infographic put together by the National Shooting Sports Foundation summarizes statistics gathered from the early 1990s up to the present. Using data from various sources, including the Department of Justice and the Pew Research Center, this illustration shows that gun violence has decreased dramatically, whilst gun sales have risen enormously, over the same time-frame.

A recently leaked Democratic Party publication which lays out strategies for advancing gun control talking-points, entitled Preventing Gun Violence Through Effective Messaging, instructs gun-control advocates to deliberately avoid talk of restricting gun-rights, but, rather, to highlight the problems of gun violence – conveniently ignoring the fact that the vast majority of criminal gun violence is perpetrated with illegal guns which are, by definition, unaffected by gun-control laws. The publication, on page 13, lists Language Dos and Don’ts, such as “DO talk about ‘preventing gun violence'”, “DON’T talk about ‘gun control'”.

The National Rifle Association (NRA) has often been branded a racist organization, despite its many black members. In fact, the NRA has waged campaigns against gun-bans that clearly effected non-whites disproportionately; A few years ago, the organization filed a lawsuit against the San Francisco Housing Authority, which enforced a lease provision banning gun ownership. It should be noted that less than 11% of SFHA’s tenants were white. Although founded mainly as a firearms training organization, the NRA’s core agenda is to uphold the Second Amendment, which – of course – affirms the rights of Americans to keep and bear arms. Since the Second Amendment does not discriminate, the idea that the NRA does is completely illogical. The myth is perpetuated merely by the fact that a far smaller percentage of black Americans own guns than whites. This statistic owes its very existence to the long-standing Democratic Party practice of attempting to eliminate – or, at least, to restrict – gun ownership in the black community. The Democratic Party was the party of slavery and, later, of segregation; it was responsible for the Jim Crowe laws and its promotion of gun-control is, in part, an extension of that historical, racist ideology.

An Editorial by Graham J Noble