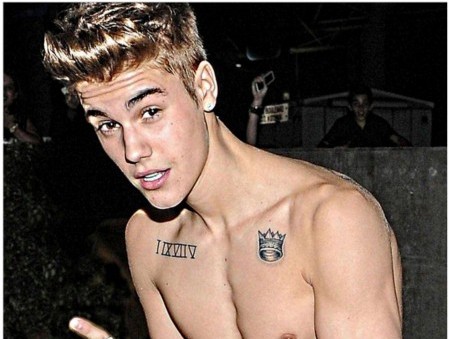 Justin Bieber had to resort to a Bruce Lee defense at a nightclub when another patron of the establishment rushed him and tried to take him down. Justin was at a Toronto, Canada nightclub in the wee hours of the morning, at around 3am to be exact, and after he left the VIP area of the club to mingle with the “regular” fans, Bieber got jumped!

The other nightclub party goer grabbed a handful of Justin’s shirt and tried to yank him down. But, surprise, surprise, our hero was not having any of it. If the guy had seen Justin’s Instagram photos on the internet, he’d have known just how stupid that move was.

Justin has shown off his abs, an impressive six pack, and he looks pretty ripped overall. Sure he is slender, but so was Bruce Lee! TMZ have pictures of the guy, who you cannot really see because unlike the svelte Justin the security guy was massive and he sort of hid the transgressor. 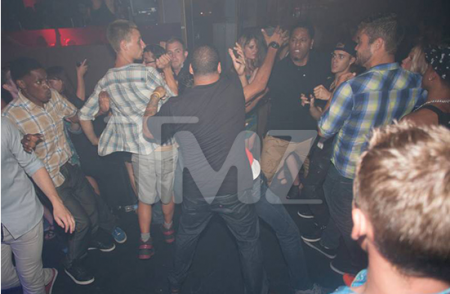 In the scuffle, Justin held the tackler off with a series of kicks, a la Bruce Lee, and then security rushed the Bieber lover or hater, to the ground. We are not sure why the 19 year-old singer left the relative safety of the VIP area, perhaps he needed new batteries for his flashlight.

The incident follows closely on the heels of allegations that Justin and his cadre of bodyguards jumped 22 year-old Wayne Rennalls in the parking lot of another nightclub. At the New York nightclub, it was alleged that he and his “crew” jumped out of their SUV and beat the stuffing out of Rennalls. While the police are investigating that charge, it isn’t clear if Bieber was really involved in the other scuffle or not.

All that is known at this point is that Justin was mingling with the non-VIP clubbers. Perhaps the guy who attacked him was not a fan, or maybe he is a friend of Wayne Rennalls. It hasn’t been revealed just why the guy tried to pull Justin to the floor.

Whatever the reason, the overexcited clubber was escorted out of the club post haste. It seems that no one felt it necessary to call the police over the incident. Justin may have asked that they not be involved. Goodness knows the singer has had more than his fair share of bad press recently.

While the alleged “bust-up” in New York was over a bow tie, it could have something to do with the shirt. After all, in both instances the fracas involved articles of clothing. As no one has come forward to say what the shirt looked like, it remains an open question.

Perhaps it had a bow-tie on it.

Still, Justin Bieber was unharmed. That was probably down to his quick thinking and his personal impression of Bruce Lee as he kicked at his attacker in defense on the nightclub dance floor. His fans will no doubt be pleased that he wasn’t hurt in the scuffle and that this latest publicity was not generated by him. We are glad that Justin was unharmed as well.