Kali Survives Brain-Eating Amoeba and Her Case Helps Other Kids 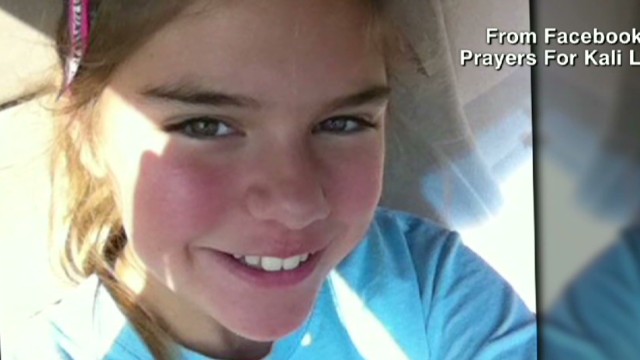 Kali Hardig, 12, of Arkansas, got infected with a brain-eating amoeba that causes primary amoebic meningoencephalitis (PAM). Few people held out any hope for her, because only two people had ever survived this infection before her.

How did Kali get the deadly amoebic infection?

Kali has been a patient at Arkansas Children’s Hospital in Little Rock since shortly after a mid-July swimming trip to a water park. She was diagnosed with a case of primary amoebic meningoencephalitis.

Naegleria fowleri is the amoeba (single-celled organism) that doctors identified as the culprit. It is an amoeba commonly found in warm freshwater and soil.

The way people get infected with it is when water containing the amoeba enters the body through the nose, usually while people are swimming and diving in warm, freshwater bodies. It then travels up the nose to the brain, where it can destroy brain tissue. It is one very nasty organism.

The amoebic infection literally eats away at brain tissue and is almost always lethal. More than 99 percent of the people infected with it die of it. According to the CDC, only one of 128 individuals with the infection in the U.S. in the past 50 years has survived. The other person who survived lives in Mexico.

How did Kali survive the brain-eating amoeba?

Not many people gave Kali much of a chance to survive her encounter with the brain-eating amoeba. That is, except her parents, the rest of her family, church members, friends, and the doctors and nurses at Arkansas Children’s Hospital, one of the premier hospitals in the United States for treating children and teens.

Yet, Kali lived, and though she is still recovering, she is now free of the amoeba. But, how, you may ask, could anyone survive such a terrible disease and parasitic organism?

One of them is that her parents got her to the hospital fairly quickly, when they realized that whatever she had was serious:

Her mom and dad got her here quickly, and the people who saw her in the emergency room recognized they needed to be more aggressive.”

Next, Greene, who became Kali’s physician, knew they had to get the girl’s body and brain temperature down if she would have any chance of surviving:

The first thing we did was to cool her down so she no longer had a fever.”

Kali was brought in with a high fever and doctors were concerned about the threat of her brain swelling and the pressure that was building up inside of her skull due to the swelling.

The amoeba thrives in warmer temperatures. Greene had the pressure in her brain constantly monitored, and her temperature brought down as low as 91.4 degrees to discourage the amoeba from flourishing and spreading further.

According to Greene, use of an experimental breast cancer drug and a cocktail of anti-fungal and antibiotics were also important factors in Kali’s survival.

Miltefosine is the cancer drug she was given.

Kali is now amoeba-free, Greene says, and she is in rehabilitation.

In what ways is Kali’s case of survival helping others?

A Florida boy has a rare form of meningitis. His doctors were told about an experimental breast cancer drug and the dramatic drop in body temperature that helped make an Arkansas girl — Kali — only the third survivor of this terrible affliction.

According to the Centers for Disease Control and Prevention in Atlanta (CDC), the doctors treating both youths have been in communication with each other.

Also, according to Traci Hardig, Kali’s mother, the two families have been in touch.

She said that the two families are in constant contact via e-mail, text or phone.

I talked to Zachary’s brother, Brandon, and to his grandmother. They said Kali is really giving them hope.”

The boy, Zachary Reyna, 12, ahs the same sort of brain-eating organisms in him as Kali had inside her. He had been knee boarding in a water-filled ditch near his family’s LaBelle, Fla., home Aug. 3 when he contracted the same infection.

Zachary is currently in the intensive care unit at Miami Children’s Hospital, where his family is keeping vigil at his bedside. They are hoping and praying that he becomes the fourth survivor.

It has now been more than two weeks since the onset of Zachary’s symptoms. The CDC said that death from the infection can come anywhere from one to 12 days. Zachary has lived past those dates.

Zachary’s family this Wednesday posted on their Facebook page, Pray4Number4, that the antibiotics have worked on the infection and that “tests showed negative activity from the amoeba.”

Kali is still getting physical therapy. She has been tossing a ball back and forth to her therapists, has moved her legs and has written her name.

According to her mother, Traci, on Tuesday, Kali said “Hi, Mama.”

“I was so happy that tears just started falling down my cheeks,” Traci said.

One of Kali’s rehab doctors, Dr. Vikki Stefans, said that Kali has been able to take a few steps with help:

She can make some sounds and approximate a word or two, and clearly understands a lot more than she can speak. She follows many verbal commands and can move everything.”

According to Stefans, some areas of Kali’s brain appear to have been affected but it is less widespread and less severe than is seen in a lot of actual traumatic brain injury survivors who do well.

By doing well, we don’t necessarily mean everything just 100 percent perfect like nothing ever happened; we often see people go back to school and activities working harder to do what used to come easily for them, and having to use a lot more determination and effort to do it.”

Next up for Kali, her mother said, is for her to talk and get he feeding tube taken out. “It is just a matter of retraining her muscles,” she said.

Hardig said Kali struggles in her attempts to speak. She can make sounds to communicate, however.

The most recent post to her Facebook page by her parents offers yet more insight into how much improvement Kali is making. Kali continues to amaze her mom and dad every day.

She walked across the room with a person on each side holding her arms and then back to the other side. Then she threw the basketball in the goal and swung a bat at blocks! She set up in bed and watch(ed) T.V. and really enjoyed the show! Plus she looked so pretty as always!!

Kali has a long road ahead of her, but she is already a miracle in that she is just the third survivor of the brain-eating amoeba and her body is now free of it. Her miraculous case is helping others who have the same infection, or who will get it in the future.