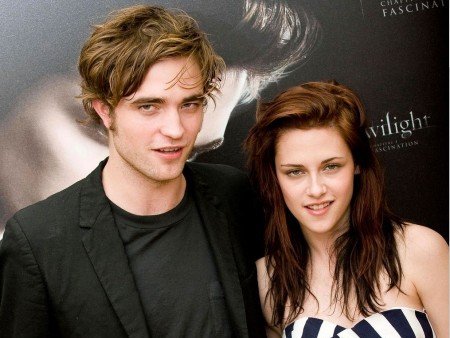 Guess we weren’t the only ones who thought things could get a little awkward if Kristen Stewart and Robert Pattinson attended the Teen Choice Award ceremony on Sunday. Because both stars decided to snub the show and it seems that their fear of winning the Choice Liplock award was not an issue. Because the best Liplock this year went to the Man of Steel’s Amy Adams and Henry Cavill.

It looks like the Twilight: Breaking Dawn couple were no match for Superman and Lois Lane in a romantic clench But just as awkward was their absence when the time came to hand out the Teen Choice Award surfboards. The two stars who, rather messily ended their real life relationship after it emerged that Kristen had been playing off sides with her Snow White and the Huntsman’s married director decided to give the event a pass. They were a couple of no-shows at the Gibson Amphitheatre in Universal City, California on Sunday.

At the event, Twilight Breaking Dawn part two, won a grand total of seven awards, although no surfboards were handed out on the night. As well as the Twilight film winning, Robert Pattinson won the Choice Movie Actor: Romance Award and Kristen Stewart won for Choice Movie Actress: Sci-Fi/Fantasy Award.

At last year’s Teen Choice Awards, the romantic twosome, came out on stage holding hands during the July 22, 2012 ceremony. The very next day, their romantic world crumbled after rumors began circulating that Us Weekly had plans to expose the fact that Stewart had been caught cheating on Pattinson with her director Rupert Sanders.

Then on July 24, the magazine released an exclusive set of photos of Stewart’s romantic tryst with the married Sanders in Los Angeles. This photo layout resulted in Kristen making a public apology to Robert and their status as a couple was irreparably damaged.

The couple had won the Choice Liplock award in previous years on the Teen Choice Awards. 2009 and 2010 had both of the stars getting a surfboard for Twilight and New Moon, but they have not picked up any more awards for best kiss. This year, however, the two were hotly tipped to pick up the Liplock gong for their romantic meeting of lips in the last of the Twilight franchise.

A lot of fans had speculated on the embarrassment factor if the two had to collect the award together. There had been some that felt the two would show up, but Taylor Lautner had to be there for the entire Twilight cast. In the area of speculation it was opined earlier this year that the two stars’ romance would have ended anyway after the Twilight saga ended. Whether that would have been true or not was circumvented by Kristen’s fling with Sanders.

Both actors are working on new projects. Kristen is in a independent feature called Camp X Ray and Robert is working with David Cronenberg on another project. These two “in-progress” films may have been the real reason why both Kristen Stewart and Robert Pattinson decided to snub the Teen Choice Awards ceremony, but it seems that their fear of winning the Choice Liplock award was ungrounded. Seriously, who can compete with Superman and Lois Lane?