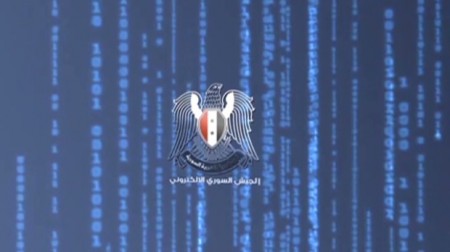 The New York Times said a “malicious external attack” caused widespread website outages on its site Tuesday. The hacking attack has now been tracked to Syrian rebels, specifically a group calling itself the “Syrian Electronic Army.” The same hacking attack also affected Twitter, but did not cause the site to be disabled. Thousands of web surfers and information seekers were left scratching their heads on Tuesday when they attempted to visit the New York Times Website but were greeted with either an error screen or a picture of the Syrian Electronic Army logo. Others were directed away from the New York Times and to a Syrian website.

Security expert Brian Krebs explained the attack, which is called “DNS” or “Denial of Service”

What DNS does is translate human-friendly domain names [like nytimes.com] into IP addresses and vice-versa. Essentially, if you hijack somebody’s domain name server or alter their information, you can control where the computer sends the user online.

Twitter was also affected, and issued the following statement:

At 20:49 UTC, our DNS provider experienced an issue in which it appears DNS records for various organizations were modified, including one of Twitter’s domains used for image serving, twimg.com. Viewing of images and photos was sporadically impacted. By 22:29 UTC, the original domain record for twimg.com was restored. No Twitter user information was affected by this incident.

The New York Times website was down on and off from approximately 3:00 p.m. EST on Tuesday and seems to have been restored as of 1:00 a.m. Wednesday morning. The Syrian Electronic Army announced via Twitter that “media is going down” shortly before the attacks. The group is supportive of Syrian President Bashar Assad.

Security experts warn that the public should be braced for more attacks in the upcoming weeks, especially as the Obama Administration is working to gather support for military action against Syria in response to a suspected chemical attack on civilians that killed hundreds of people last week.

Syrian President Bashar Assad has denied that he is responsible for the attacks, but Vice President Joe Biden has said that there is “no doubt” that Assad is behind the chemical weapon attack. “We know that the Syrian regime are the only ones who have the weapons,” he said, “(they) have used chemical weapons multiple times in the past, have the means of delivering those weapons, have been determined to wipe out exactly the places that were attacked by chemical weapons. The government has repeatedly shelled the sites of the attack and blocked the investigation for five days.”

Jay Carney, a spokesman for the White House, said that the use of force in Syria is something the Obama Administration is considering, but no decision has been handed down as of yet. “A decision about the use of military force has not been made,” he said. “His options are many, and they include a variety of options that are not limited to the use of force.”

The New York Times is not the only media outlet that has recently suffered hacking attacks. Both the The Washington Post and the Financial Times have seen similar attempts to disrupt service to their sites over the last few months. Security experts say this latest attack on The New York Times may be just the beginning of cyber-attacks by the Syrian Electronic Army.