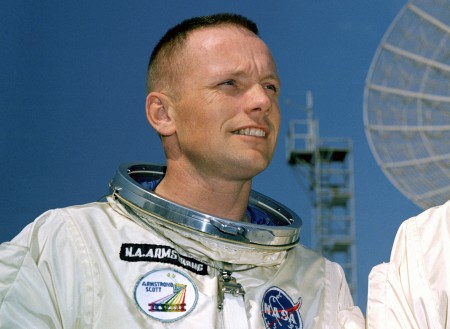 The old clichéd question goes: “if a tree falls in a forest and no one is around to hear it, does it make a sound?” A modern, updated spin on that question could be: “If Twitter says someone died today, but they really died a year and two days ago, did they ever really die?” Or, more accurately: “can a person die twice?” A message to Neil Armstrong went around Twitter like wildfire today: “RIP Neil Armstrong,” along with many reports of Armstrong’s passing today, August 27th, 2013.

However, Neil Armstrong died over a year ago. Despite 367 days having passed since his death, numerous websites reported on his death today, including the MIT Technology Review and Slashgear. The confusion seems to have begun when an old story from ABC News showed up on the internet with a date stamp of today. Its title was “Neil Armstrong, First Man on the Moon, Dies.” Why was it date stamped today, you ask? Who knows. Probably because the internet makes people dumb, ruins their memories and destroys their attention spans. (Yeah, yeah, there’s space to complain about this statement in the comments section at the end of the article.)

It’s not as though Neil Armstrong’s death didn’t make the news the first time around. Every major and minor news outlet all across the United States supplied readers with thousands of stories on his life, career and death. Doesn’t it seem to be the sort of thing people should remember?

It seems that way, but folks’ lack of recall should come as no surprise. As much as people dislike hearing about their precious technology ruining their brains, an overwhelming body of evidence proves that our attention spans are decreasing over time. Harvard Magazine published an article that described a study that showed the use of search engines is to blame:

…Lindsley professor of psychology Daniel Wegner’s recent research proves that websites—and the Internet—are changing much more than technology itself. They are changing the way our memories function. Wegner’s latest study, “Google Effects on Memory: Cognitive Consequences of Having Information at Our Fingertips,” shows that when people have access to search engines, they remember fewer facts and less information because they know they can rely on “search” as a readily available shortcut.

However, the vast and abiding refusal of the public to accept scientific fact when it comes to their beloved technology surely goes a long way in the occurrence of such embarrassments like the RIP Neil Armstrong debacle we’ve seen on Twitter today. (Again, plenty of space is available down below to shout “Luddite!” and “Moral panic!” Feel free.)

As the human race becomes more deeply ingrained in technology, and technology becomes more ingrained in the human race (Google is currently working on nano computers that can be embedded into our brains,) our memory will grow ever worse. In time, RIP Neil Armstrong will be the least of our worries. For now, let’s hope Neil Armstrong enjoys his brief resurrection and subsequent memorialization at the hands of the harbingers of “Idiocracy.”