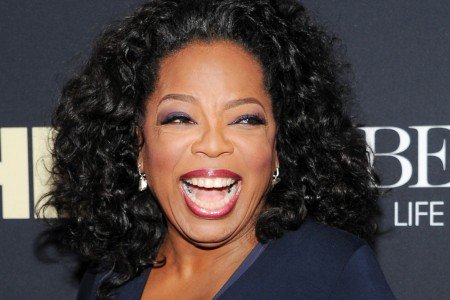 Famous, super-rich elitist Oprah Winfrey – who’s craving for attention knows no limits – was determined to chime in on the ongoing national debate about race-relations. The sheer scale of Winfrey’s success, power and personal fortune shows that she has probably never, in her adult life, been on the receiving end of racial discrimination. To interject herself into the debate, therefore, she made up a story – but Winfrey should understand that lies are damaging; when you tell a lie, it is going to have negative consequences for someone.

It is unlikely that Winfrey cares about the consequences of her little fictional tale but, for Swiss sales associate “Adriana N,” the damage is done. Adriana is the employee of the Zurich store, Trois Pommes (Three Apples), who allegedly declined to show Winfrey a $38,000 handbag. According to Winfrey, this was obviously a case of racism; since Winfrey is black, it was automatically assumed that she could not afford the item. The entire story is, of course, preposterous for a number of reasons.

Trois Pommes, an upmarket chain of stores which sell women’s designer clothing, shoes and accessories, is the kind of establishment that is routinely patronized by the rich and famous. Within such stores, the sales associates would be trained specifically to not treat their customers in the manner Winfrey claims she was treated. There can be little doubt that, when Winfrey entered the store, she was wearing clothes that were worth more than Adriana earns in a year. Why, then, would this associate make an assumption that the American celebrity could not afford the item in question? Does Winfrey assume that Trois Pommes had never before been visited by a wealthy black person? Did she really think that the Swiss are unaware of the existence of non-white rich people?

Speaking to Swiss newspaper Sonntags Blick, Adriana says that Winfrey’s claim of discrimination is “absolutely untrue.” The sales associate, who, it now appears, is the innocent victim of Winfrey’s spiteful and damaging lie, recounts the events of that day; “I even asked her if she wanted to take a closer look at the bag. Mrs. (sic) Winfrey looked around in the store again, but did not say anything further,” Adriana told the paper. “Then she went downstairs with her companion. My colleague held the door open for them. They were not even five minutes in our store.”

The sales associate also told the newspaper that she has not been able to sleep properly for days and explained that the incident has turned her world – at least for the time being – upside down.

Winfrey, perhaps feeling guilty for making up a story that – she now realizes – has had a very negative effect on someone else’s life, has since tried to defuse the situation. She apparently now regrets that the story got “blown up”, but she should have known that it would; an extremely high-profile businesswoman and television star claiming that she was discriminated against because she is black? There was no question that the story was going to attract a considerable amount of attention. Now that the unwitting victim of Winfrey’s flight of fancy has spoken out to contradict her account of events, the TV diva realizes, perhaps, that she has been caught in a lie. Lies – told by anyone – are usually damaging to someone else. When someone of Oprah Winfrey’s stature tells a lie, its effects are far more damaging; Adriana is probably lucky that she still has her job. Winfrey should consider herself lucky that she probably will not be sued for defamation of character, by both the store owner and her unfortunate employee.

An Op/Ed by Graham J Noble