By Cherese Jackson on September 14, 20133 Comments 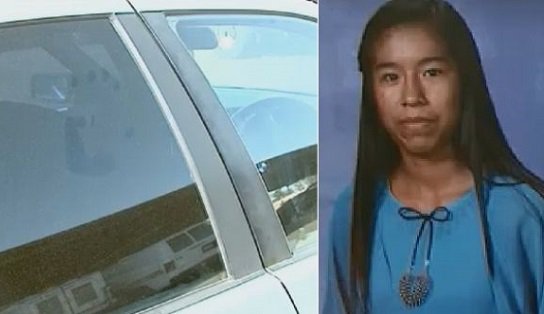 California teenager died Wednesday inside of her brother’s BMW 328i after locking system refused to cooperate. 14-year-old Graciela Martinez was a student at Madera High South; she was found dead in the school parking lot.

Martinez and her brother drove to school together but she remained inside the car because her classes didn’t start until the next hour. The locks on the car door caused her to be trapped inside for hours in the heat. The temperature inside the car reached a scalding 130 degrees while the locks prevented her from leaving the vehicle.

After school let out her brother returned to the car and found his sister in the back seat unresponsive and covered in sweat. Her brother rushed her to a local hospital where she was pronounced dead.

A preliminary investigation was performed on the 1997 BMW to see what happened in the car that morning. The investigation revealed that when the door of the BMW 328i is locked with the key from the outside, anyone on the inside would not be able to get out. They are still trying to determine whether this is a malfunction or if it’s actually the design of the locking system.

The teen apparently died of heat exhaustion leaving family members desperately trying to come to terms with this sudden tragedy. They are in still in shock.

The family set up a candlelight memorial for their sister and daughter at the home the teen lived in displaying many of the things that she loved; items such as Gatorade, Martinez’s favorite outfit and the infamous Whopper Sandwich. The Madera police department is trying hard to find the resolution that the family is in need of.

According to the teenager’s mother, Martinez had no medical problems. She said she was a healthy child and was healthy the day she left home for school. Patricia, the teen’s sister, said Martinez always received good grades in school and never got into any trouble. She was good girl with big goals. She doesn’t understand why this happened.

Madera South High School had counselors on their campus to speak with the grieving students and staff members. Edward Gonzalez, Superintendent of the Madera Unified School District, offered condolences to the teen’s family and friends. He also made a point to warn others about the dangers related to remaining inside of vehicles in the heat.

Gonzalez said his heart goes out to all of her loved ones and he asked the community to collectively support the Martinez family as they endure this dark time.

According to the initial investigation the police aren’t sure that Martinez actually made any serious attempts to get out. Friends of the teen said that she was small, only weighed 80 pounds, and quite reserved and may have been waiting for someone to come rescue her.

No signs point to criminal intent. The police continue to look for clues and are finding that the case with the BMW 328i is becoming more tragic. If the key is not in the ignition the horn won’t even work. As a result, she was not able to summon help by creating any type of sound. She had no food or drink inside the car. She didn’t even have a cell phone to call for help.

The father of the teen said he purchased the car only six months ago through a private party but the car showed no signs that anything was wrong with the security system.

Robert Salas with the Madera Police Department, said that the Martinez’s family are farm workers and as such are struggling to pay for the teen’s funeral. Anyone interested in making a donation for the family can do so at any Wells Fargo Bank. The account number is: 9343817004.

The manuaal for the BMW 328i states, “Never use the keys or the remote control to lock an occupied vehicle, as it would then be impossible to unlock it from inside.”