By Rebecca Savastio on September 27, 20135 Comments 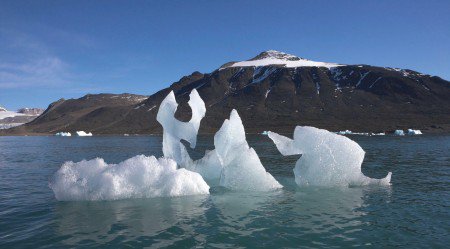 The IPPC’s new report on climate change has sparked outrage from both sides of the “debate.” Among those who side with 97% of scientists and accept the reality of climate change, there was outrage that not more has been done to stem the effects of global warming. The minority of fringe scientists who are global warming deniers and laypeople who have no knowledge of science were outraged that this newest report has further eroded their already shaky and unsubstantiated position.

The third branch of outrage stems from social media, with many commenters saying they are growing very weary of global warming and science deniers trying to push their agenda and force more money to be spent on studies when it is already established that global warming is real and very dangerous to the human race.

International Climate Science Coalition Bob Carter issued a statement saying “No one should trust the UN Intergovernmental Panel on Climate Change report issued today. The IPCC has a history of malfeasance that even includes rewording recommendations of expert science advisers to fit the alarmist agenda of participating governments.”

Why do people deny climate change and other things which have been scientifically proven over and over again? There is a clear, and yes, scientific answer, and it’s called motivated reasoning. Motivated reasoning is, in a nutshell, what our brains do when we want something to be true. Wisegeek.com describes it this way:

The psychological phenomenon known as motivated reasoning is an approach whereby people attempt to retain a certain belief or notion that they have even when the facts are contrary to their belief. Using motivated reasoning, people will actively seek and fervently believe something and will give credence to opinions that support that belief. On the other hand, when they come across facts that are contrary to their belief, they may ignore them. They might even find it necessary to try to debunk the contrary fact or to attempt to question the competence or credibility of the bearer of the fact that goes against their belief.

This is a perfect description for what is going on in the minds of climate change and other science deniers. 97% of scientists know climate change is real; study after study supports the fact that it is real, and yet, there are many people who, despite all of the evidence, despite the scientific consensus, and despite being able to witness it with their own eyes in real time, still deny the facts because of motivated reasoning and confirmation bias.

Confirmation bias goes hand in hand with motivated reasoning and it is a tendency to seek out only evidence which supports one’s beliefs while dismissing evidence that could prove those beliefs wrong. After identifying evidence that supports certain beliefs, more weight is given to that evidence than any evidence to the contrary.

This is why so many people are able to actively deny things like climate change, evolution and video game violence effects even though all of these areas have vast scientific consensus as to their validity. The problem is, there is always a fringe element of scientists, who are in the minority, who claim the opposite of the consensus. People practicing confirmation bias and motivated reasoning turn toward the 3% of scientists who deny climate change or the small handful of scientists who don’t believe video games cause an increase in aggression, or the tiny minority of scientists who say evolution isn’t true. Then, they extract the studies and papers performed by those scientists and weight them very heavily, while ignoring or dismissing the vast majority of studies and research performed by the scientists who form the consensus (or, in other words, the facts.)

The new IPCC’s climate change report sparks outrage among all sides of the discussion, but no matter how much confirmation bias and motivated reasoning is involved, the facts of climate change will remain the same.