Moon May Be Younger Than Originally Thought 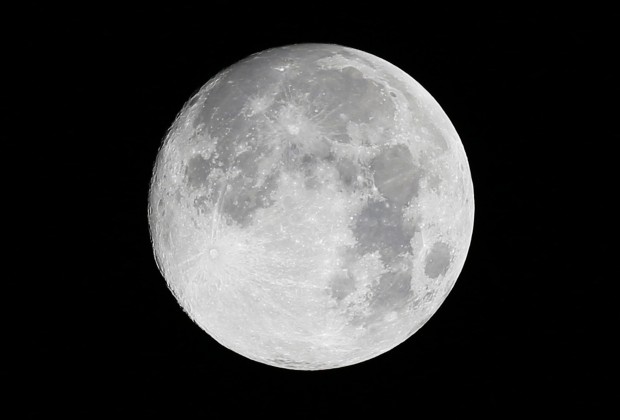 Ideas about the origin of the Earth’s moon are being rewritten. That’s because the Earth’s sole natural satellite is, according to a recent study, 100 million years younger than scientists had originally thought that it was, which has caused them to rethink what the origins of the moon are.

How old is the moon?

According to the study, the Earth’s moon is somewhere around 4.4-4.5 billion years old. That doesn’t make our satellite a spring chicken, but it does make it approximately 100 million years younger than many scientists had thought it was.

One of the previous theories held that a planet about the size of Mars slammed into the Earth when our planet was basically a sea of molten lava. This sent tons of molten lava flying into space, where it then coalesced and formed into the moon we know and love today.

An analysis of some lunar rocks, though, has  caused  scientists to rethink the origins of the moon. It could be that pretty much the same thing happened, just later on than scientists had previously thought.

Though the origins might be similar, there are enough differences that the Carnegie Institution for Science researcher Richard Carlson have said there are “several important implications ” to this theory which have not yet been completely analyzed.

Carlson has argued that this evidence which suggests that the moon has not been around as long as the Earth and that its youth could change our entire stand  on both the moon and the Earth.

Among other questions that Carlson raises is that if the moon is that much younger and the Earth had an atmosphere by then, would the creation of the moon when another planet slammed into the Earth have also destroyed our planet’s early atmosphere?

After this rather dramatic creation of the Earth’s moon, scientists believe that it might have had an ocean of molten lava on it until the lava eventually cooled off and solidified into rock. Rocks from this molten sea have been estimated to be 4.36 billion years old, according to researchers.

This age range actually seems to fit in with and explain about a “melting event” that happened on the Earth. The event was approximately 4.45 billion years ago, give or take.

Researchers who theorize that the moon formed due to this planetary collision think that the latest findings about the younger age of the moon would go far in explaining what caused the major melting event that happened on the Earth at around this time in our geological history.

Compared to the Earth, the moon might be a youngster. Still, both theories about the moon’s age involves another planet slamming into the Earth.  This would have had to done many other things to the Earth, like knocking it out of its orbit at least a small degree. Possibly, this collision, if that’s what caused the moon, also made the conditions on the Earth better, ultimately, for life to thrive on the Earth.