DNA Creates Glue That Builds by Itself 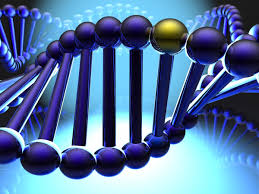 At Harvard University they are not playing with Legos and building grand structures. Scientists are using DNA cells to make glue smart enough to build architecture smaller than the eye can see without the aid of human intervention.

Researchers have recently come up with the idea to glue together tiny bricks of material that are smaller than a grain of salt by using DNA to self-direct the architectural construction. The DNA glue, or smart glue makes the tiny water-filled, jelled bricks stick specifically to each other. The exciting new research which has the potential to accomplish major breakthroughs was reported in the Sept. 9 issue of Nature Communications.

Dr. Peng Yin, Ph. D. a member of the Wyss Institute at Harvard is senior co-author of this study along with Ali Khademhosseini, Ph.D. who is an associate faculty member at the institute. Both are very excited about their discovery. The glue will work with anything to assemble higher-order structures all on its own. How amazing is that?

What is being created from the DNA glue is a programmable, sophisticated architect, which can be applied to something as small as a 30-diameter piece of silt down to a 1mm grain of sand.

This discovery will allow the programmable glue to create items such as lenses, microchips as well as surgical glue to reattached human tissue.

In creating a picture of how the glue works, normally when fabricating devices manufacturers begin by relying on a piece of material and then modify that material to fit the structure’s needs. Such as automobile manufacturers when they create the many variety of components for a vehicle and then have those components assembled in an assembly line type of fashion. The cars do not put themselves together, the assembly workers do.

So what Harvard researchers did was took tiny bricks made from biodegradable gels called hydrogels and directed the bricks to self assemble themselves into a nanoscale 3D structure. With the experiment successful, researchers came up with an even better idea of creating an even smaller version, down to the mesoscale size.

When the Harvard scientist’s research initially began, the bricks would glom onto each other rather than self assemble to the desired structure. The problem being that the glue was not sticking to specific component locations, but piling on top of each other. The glue was just not thinking straight. There had to be something the researchers could use to make the glue smarter than the average Elmer’s glue bottle.

And what can be more scientifically intelligent than the mysterious qualities contained within a DNA strand?

Knowing that a strand of DNA will adhere to the next strand of DNA but only if that strand has a complementary sequence to the strand in which it is attaching their idea was perfect. When the scientists added DNA to the brick glue, the glue immediately knew to attach itself to specific components and not randomly glob a top of one another.

What the researchers’ created is the phenomenal ability for human tissues to reconstruct specifically, not randomly. Thus, through an injection rather than an individual having to go through major surgery with possibly weeks of recuperation the patient’s body tissue could reconstruct itself. Proving that DNA added to the glue will build the body tissues all by its smart little self.

11 Responses to "DNA Creates Glue That Builds by Itself"