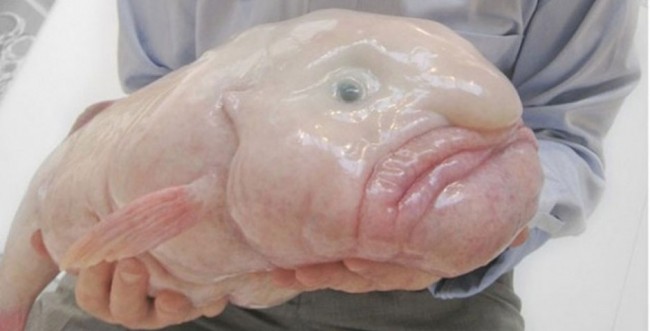 The blobfish has, unofficially, claimed the prize for ugliest looking animal. As its name suggests, the blobfish looks very much like… well, a blob. With aesthetics that even a mother could not bring herself to love, the animal had to fend off tough competition from some other pretty grotesque creatures to clinch the title.

Who’s the ugliest of them all?

The decision was proclaimed at the British Science Festival in Newcastle, England. Voting was cast to find the most hideous looking creature during a recent YouTube poll; the result was seconded by a number of famous British celebrities, including Stephen Fry and Brian Cox.

Working in conjunction with the National Science + Engineering Competition, the Ugly Animal Preservation Society launched a series of videos that explored some of the potential candidates, who were all vying for the much revered top spot. Ultimately, the campaign generated quite a significant response from YouTubers, clocking up over 100,000 views.

The poll was part of a recent campaign to draw attention to some of the more unsightly, endangered animals. Aside from the blobfish, these animals included the proboscis monkey, the pig-nosed turtle, the “scrotum frog” and, strangely, the pubic louse.

“I support the ugly animal campaign, there are too many people trying to save cute animals. They get all the press, and all the attention. Ugly animals are more deserving than cute animals. So I think it is a superb campaign.”

Simon Watt, the president of the Life of the Ugly Animal Preservation Society, made the announcement in Newcastle. He maintains that an ugly beast should be the new face of endangered animals. He reiterates the sentiments of Professor Cox, stating that more visually appealing animals have hogged the limelight for too long.

Watt also says he was amazed by the public’s embrace of the idea. Although the project is an eccentric and light-hearted take on some of the more unusual endangered species, the creators had a more serious message to hammer home; all animals are important, regardless of their physical characteristics. The group also hopes the campaign may spark interest from some of the younger generations, and get people from all walks of life more involved in conservation projects. 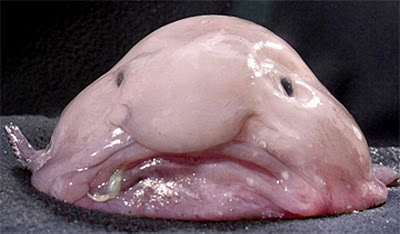 Frankly, the blobfish looks like a hideous, congealed mass, more akin to a vat of Jell-O with eyes than anything else. The pink creature dwells at depths of up to 1,200 meters, and can grow up to 12 inches in length.

Recently, whilst preying on lobsters and crabs, the blobfish faces a significant threat from fishing trawlers. blobfish are not a source of edible food, but still become entangled in fishing nets cast along the depths of the sea.

A number of other ugly animals missed out on becoming the society’s next mascot. In at number 5, the proboscis monkey was derided for its gargantuan nose, which it uses as a resonating chamber for issuing mating calls. Within this species, a bigger nose equates to a more attractive sexual partner.

At number 4, the Titicaca frog stands proud as the largest aquatic frog. This species is specific to a South American lake, called Lake Titicaca. The Latin name has a literal translation of “aquatic scrotum,” leading to the frog being dubbed the unfortunate name “scrotum frog.”

Next up is the extraordinary axolotl, also known as the “water monster.” These marvelous organisms have the capacity to regenerate lost limbs, and survive their entire lives in aquatic environments. axolotls are amphibious creatures found in the lakes of Mexico City. Their near-extinction has been brought about by urbanization efforts in and around their habitats, with their demise accelerated by water pollution.

Finally, the kakapo parrot managed to achieve the second highest number of votes. The kakapo parrot species is the world’s only flightless parrot, and has managed to survive in the absence of any natural predation. These parrots are nocturnal and have very muscular thighs, making them adept at walking and climbing. Unfortunately, these birds are also facing extinction, as human beings threaten their New Zealand habitats.

All in all, the researchers’ efforts in attempting to save creatures that don’t have quite the same charm as the high-profile panda, for example, are very noble. The blobfish may have been proclaimed the world’s ugliest animal, but, some day, maybe it will be imbued in a more affable light.