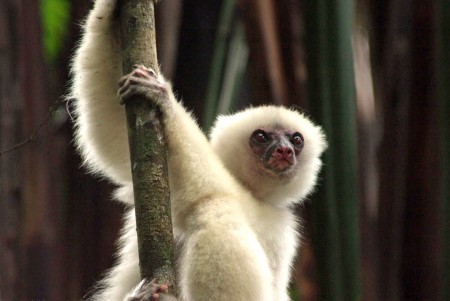 A lot of attention lately has been going to the fuzzy primate from Madagascar called the Lemur. Studies have shown that newborn babies respond to the sounds of the lemur until 6 months of age as much as to the sound of human voices. But even more recently, attention has gone to the amazing hibernation-like state that lemurs can access, unlike any other primate. Scientists think studying the lemurs may hold secrets for the ability of humans to drop into a suspended animation state. This state could be helpful for so many reasons.

Not only could suspended animation assist people who are critically ill by slowing down their system while awaiting organs or other remedies, this ability could also be utilized in space travel, so astronauts could go long distances without having to pack a lot of food along. Suspended animation is a technique believed to be implored by those of specific mystical traditions such as those in ancient India, Egypt and the Essene people of Palastine. In these spiritual paths, suspended animation was believed to be used in order to keep the body in pristine condition while trans-versing other worldly plains, and even as life-extension practices. 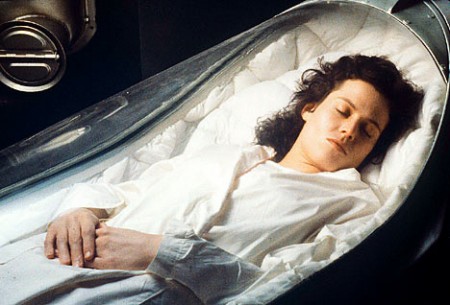 Lemurs are baffling scientist, as the only known primate to achieve this state. Let it be clear that suspended animation is not hibernation, though it appears close to it. Suspended animation is also not a sleep-state. In fact, where science has believed that we all need sleep in order to be healthy and survive, lemurs can go up to 21 days without tapping that ‘normal sleep state’, showing that maybe it is not the sleep itself that is needed, but something else. Tests were conducted on lab rats and denied non-REM sleep, which is the state believed to be needed for regeneration and renewal of the body processes. These rats, after a week or more lacking non-REM state began to break down at the level of bodily tissues, and were dead after 32 days of being deprived of this level of sleep.

Looking at Lemurs, we are seeing a new level of possibilities opening for humans and potential non-sleep states. Do lemurs hold the secret for suspended animation abilities in humans? We aren’t sure of the answer yet, though history is not without stories of humans achieving this state. Some believe that Jesus himself was trained in the Essene arts, which included this technique. Egyptian mythology is full of stories of suspended animation followed by bodily renewal. The most concrete evidence we have is of Indian yogis who have voluntarily placed themselves into this state and then allowed themselves to be followed, or documented in order to prove it.

One website called Mysterious People, has several stories listed of Egyptians and Indian sages who achieved suspended animation states for days, weeks and even months at a time. One such story was reported on ABC News in 2003, of an 80 year old man from Egypt who had supposedly passed away. He was prepped to be thrown on a funeral pyre, only to regain consciousness after being washed down with cold water in preparation for his funeral rites.

In 1838, a holy man in Calcutta, India was known to have the ability to enter suspended animation for months at a time. Those who lived in the area had supposedly often seen his talent, and was once asked to show his ability to the European officers living locally. This man went to great measures in order to prepare his body for a long state of the death-like suspension. He was said to put out his digestive fires, pull his breath up into his brain, tuck his tongue back into his throat and even allowed nearly every bodily opening to be blocked with wax – save the mouth, which was blocked by his folded tongue. This man was buried and checked several times over ten months, found to be in perfect condition. When finally brought gently out of his suspended state, he described a vivid dream world from which he was not too happy to be brought back from.

One very interesting book by Claire Heartsong, describes a possible suspended animation experience in Egypt and why one would choose to undergo such a procedure. Here is a passage from that book where suspended animation is described along with its accompanying ‘Rite of the Sepulchre’:

I preferred to maintain my physical body, as long as it served my soul’s purposes, instead of passing through the rigors of the birth canal and infancy or “walking into” a body again.

My desire was to master the laws of the physical plane and spiritual immortality, remain in service to humanity as one who appeared quite ordinary, and then when my soul had accomplished all that I had come to do, eventually take my ascension.

After going through the appropriate Rite of the Sepulchre purification rituals, I then proceeded into a deeply altered brain state.  When I reached the desired state in which my body was asleep, and my consciousness was identified completely with my higher light bodies, my anointed physical body, or Khat, was wrapped in swaddling clothes.  These are similar to the cotton and linen shrouds that are used in mummification.  The cloths were saturated with essential oils known to preserve and regenerate tissue.  If I were to go through a relatively brief regeneration process, my swaddled body was placed on top of the sepulchre or inside without the lid put in place.  In such circumstances my face was exposed, except for a napkin that fluttered with my returning breath, signaling to the attending priest or priestess that my body was becoming animated.

If I were to be “away” for several months or for an extended period of many years, my entire body was carefully wrapped and placed inside the supulchre where a nurturing ‘amniotic-like fluid’ or ‘molecularly restructured water’ had been poured, facilitating a state of suspension or antigravity.  Attending priests and priestesses then hermetically sealed the lid of the sarcophagus once it was levitated into its precise position.  So it was that all the elements of the Rite of the Sepulchre acted in complete synergy.

Whether you believe these stories or not, matters not. Science is now beginning to uncover the mysteries of suspended animation through studying the Madagascar lemur. What they are discovering is changing the way we look at the once believed “need for sleep.” Lemurs may indeed hold the secret for understanding the ability known as suspended animation. Once this is more fully understood, we may be able to start implementing it on patients, astronauts and personally, for life-extension purposes. Would you like to experience suspended animation?  Why would you wish for such an ability?  How would you apply this super-ability into your reality?

2 Responses to "Lemurs May Hold Secret For Suspended Animation Ability"