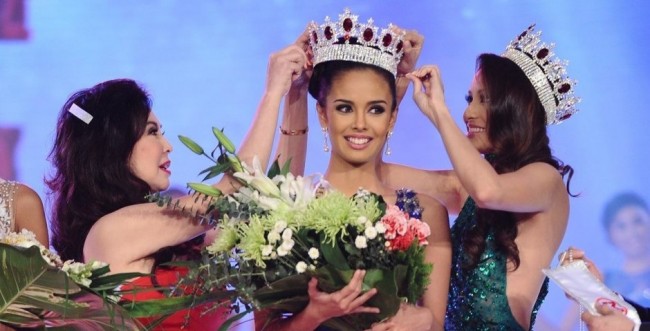 This Saturday, the Miss Philippines contestant was crowned Miss World, during the finale of the much coveted beauty pageant. The event was launched amid huge controversy, within the Muslim community, who believed it went against the grain of Islamic teachings.

Megan Young thwarted five other finalists, whittled down from contestants originating from over 180 countries, to win the prized crown. The 23-year-old offered her thanks to the judging panel, and claimed she would continue to be herself.

In the wake of the announcement that the pageant would be held in Bali, thousands of Muslim protesters gathered on the streets across the country to hold demonstrations.

In addition, the Islamic Defenders’ Front has also coordinated a series of protests over the past weeks, demanding the government terminate the beauty pageant. In response to criticism, the event organizers elected to replace bikinis for sarongs for the swimsuit competition. In addition, the government relocated the venue for the competition finale to the outskirts of Jakarta, substituting the original, Hindu-dominated island of Bali.

In response to the threat of violence, and the protracted protests, a number of embassies issued caution to potential travelers.

Indonesia is home to a large population of Muslims, many of whom follow some form of the religion. Alas, in recent years, there has been a marked increase in the number of attacks, executed by members of the country’s Muslim community, against other religious factions.

Only last year, Lady Gaga was forced to cancel the Indonesian leg of her tour, following the threat of violence from the outspoken Islamic Defenders Group.

Meanwhile, the government has stepped up its efforts to combat violent extremists, after a spate of suicide bombings in 2002.