Russia to Send Delegation to US to Discuss Syria 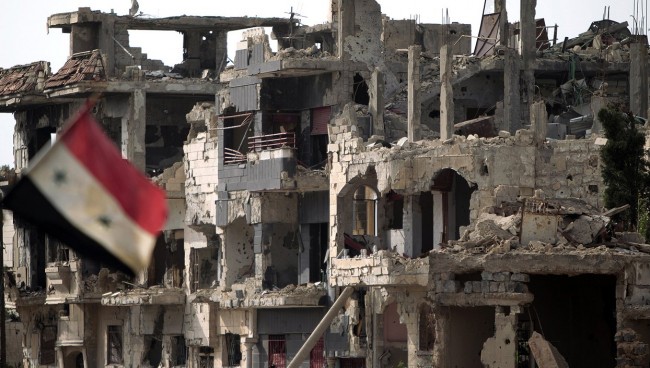 Russian President Vladimir Putin has said that his country would send a parliamentary delegation to address the US Congress on the subject of Syria. This comes in the wake of the US cancelling a meeting between diplomats of both nations on the matter scheduled to take place last Wednesday.

President Obama has said that he would seek Congressional approval in order to take military action.  Although the administration is expected to start lobbying certain members of Congress for a vote, currently, the legislative body is in recess, and not expected to meet until September 9. An emergency session can be convened, but at this time there appears to be no plans for that.

This week, President Obama is due to visit Sweden prior to heading to St. Petersburg, Russia for the G-20 summit. The visit to Sweden was added after Obama cancelled a meeting with Putin which was supposed to take place ahead of the summit. The cancellation came shortly after Russia granted temporary asylum to Edward Snowden, wanted by the US for leaking information about its surveillance programs.

As US Secretary of State John Kerry has been presenting the case, Assad’s government did indeed use sarin nerve gas on civilians in a series of attacks on the suburbs of Damascus on August 21, Russia has steadfastly opposed military intervention by other countries in the Syrian civil war. Kerry said on Sunday that in addition to the intelligence gathered by the Obama administration, released las week, supporting the claims of chemical weapons use, new evidence has come to light. Hair and blood samples taken by medical personnel, that helped treat the victims of the attacks, revealed that they had been exposed to nerve gas. Russia has remained dismissive of these claims.

Both counties have been building up their forces in the Mediterranean Sea, with Russia adding two ships last week to the 16 it has had in the region since June. The US has in turn directed the Nimitz carrier strike group, which is composed of four destroyers and a cruiser, in addition to the aircraft carrier, to the Red Sea. A landing ship has also been sent to that location, from there they could be sent to the Mediterranean to bolster the presence of five destroyers, and a landing ship already there.

As Russia and China both oppose military intervention in Syria, and are also permanent members of the UN Security Council, they would be able to block a resolution calling for the use of force. It is because of this that the Obama administration is trying to seek international support from allies independent of what the UN might decide. Obama suffered a setback on this front last week when the UK parliament voted against involvement in the Syrian conflict, although several of the parliament members are open to the option of further discussion on the matter if new developments occur.

The Russian delegation is expected to try to dissuade the US congress from intervention in Syria, although it is yet unknown what arguments they will present in order to do this.