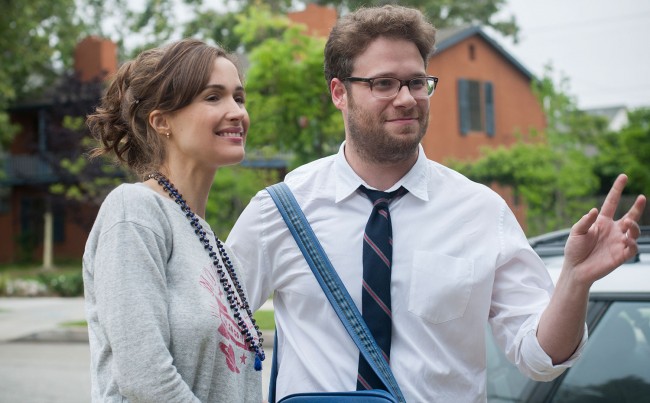 It has been mere months since I went with my family to see Seth Rogen’s This Is the End movie. Suffice to say, it left a lasting impression upon my soul, serving up some of the darkest and most memorable comedy moments I have ever had the pleasure of witnessing. I enjoyed the film so much that I am now looking ahead to his latest funny film, Neighbors, the new trailer of which shows Zac Efron to be part of the all-star cast.

The upcoming film is due to be directed by Nicholas Stoller, a man who has tended to favor jokes that straddle the line between provocative and distasteful. Not that this is a bad thing by any stretch of the imagination. The group’s core demographic is likely to consist of an audience whose sensibilities are difficult to offend. Furthermore, most people who pay to see a Rogen film can expect to see some pretty crude comedy. 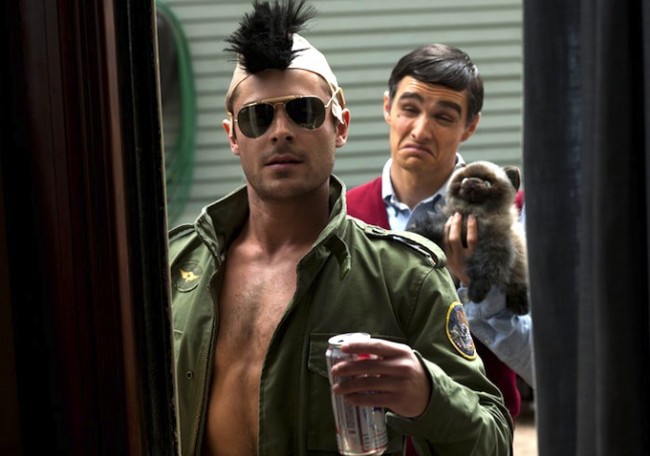 The film was originally called Townies, and was penned by  Andrew Cohen and Brendan O’Brien, before being pitched to Universal Pictures. Seth Rogen and his long-standing writing partner (Evan Goldberg) are serving the role of producers, whereas Cohen, O’Brien and James Weaver are standing in as executive producers.

The film features Seth Rogen who plays a family man, called Mac, living peacefully with his partner Kelly (played by Rose Byrne) and their baby daughter. However, the pair are forced to subsist next to a raucous fraternity group, who descend upon the neighborhood from a local university.

Based upon Neighbors’ latest trailer, Seth Rogen and Rose Byrne attempt to mix with the bawdy frat group in an attempt to relive their youth and strike an accord. However, matters quickly escalate as the innocuous fun dies down, Seth’s character becomes pitted against the gang’s head honcho, Teddy Sanders (played by Zac Efron), and a mini war commences between the two rivaling households.

Please bear in mind that the following video footage is a red band trailer, rated for mature audiences, and may contain material offensive to some viewers. Needless to say, viewer discretion is advised.

Alongside this latest trailer, The Playlist have uncovered a glut of new screenshots for the movie, a number of which seem to center around Zac Efron’s glistening abs; it’s hard to imagine who the creator’s are appealing to with this tactic.

A mild variation of the trailer has also been released, with Seth Rogen and Zac Efron making an introductory announcement:

Rose Byrne seems like a great fit for the lead female role, who is certainly no stranger to raw, R-rated comedy, starring in the critically lauded Bridesmaids. The stellar cast will be rounded off with supporting roles from Christopher Mintz-Plasse and Dave Franco, both of whom appeared in Superbad, alongside performances from Lisa Kudrow, Carla Gallow, Ike Barinholtz and Jason Mantzoukas.

Frankly, I’m looking forward to the unusual dynamic between Seth Rogen and Zac Efron, who both appear to be treading unfamiliar acting roles. From what we have seen so far. Neighbors’ frat fun looks set to be another big hitter for Seth and his team.