Simon Cowell Versus Miley Cyrus No Twerking on the X Factor

By Michael Smith on September 8, 20134 Comments 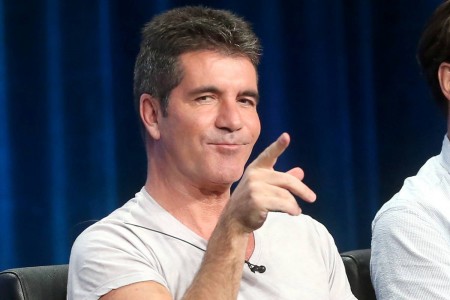 Simon Cowell may have more on his plate than he can handle at the moment. What with a little Cowell on its way in his near future. Cowell’s creation, the X Factor have gone all out to get the newest controversial artist on the show, Miley Cyrus. But the talent show has put the word out to Miley, “No twerking on the X Factor. So it looks like a Simon Cowell versus Miley Cyrus moment on British TV.

The show’s staff excitedly lured Miley Cyrus to perform on the English TV talent program that is Simon Cowell’s brainchild. With her over the top live number on the Video Music Awards show, she is huge in terms of publicity and will prove to be a boost to the shows ratings. But they don’t want Cyrus to be too controversial, like for instance, Jenny from the block.

Jennifer Lopez performed a number in a one piece costume that almost showed more than was allowed during the family hour on TV. On Britain’s Got Talent, one more of Simon Cowell’s “babies,” Lopez wore a black leotard-type creation that barely covered her private parts. That “exposure” combined with her evocative dancing led to a flood of complaints. Jennifer later said that she’d done nothing wrong.

But controversial performances are not limited to the Britain’s Got Talent program. In 2010, X Factor bosses had their own problems over a couple of provocative performances. Christina Aguilera and Rihanna stirred up a tempest when their live acts breached the limits of decency during on the “family friendly” show. Since then, producers have toned down the live performances to keep viewing watchdogs from attacking.

But the X Factor producers and Simon Cowell versus Miley Cyrus must have a clear winner before the We Can’t Stop singer gets on the show. With the edict that there will be no twerking allowed, Miley could decide to give the program a miss.

An X Factor insider says that although the producers and Simon are concerned, they just cannot miss an opportunity to exploit an event or artist who can give their ratings a boost.

Apparently the instant producers saw Miley’s live act on the VMA, they were galvanized into setting things in motion to get her as a guest on the X Factor. But despite their excitement, they are concerned that Miley could be a bit too rough for their Sunday night family friendly time slot.

Speaking to The Sun paper, the source said show bosses wanted Cyrus’ routine to have an “edge” but they don’t want to have her do anything that will have complaints coming in.

They may have a little trouble getting the 20 year-old singer to play along with their G rated vision. She still professes that she does not understand why folks are so annoyed and disgusted by her lewd routine on the MTV show.

She claims that there was nothing wrong with her actions and that it has all been done before on the awards show. She pointed out that this happens often on the VMA’s.

Miley knows that the VMA’s are all about the controversy. She, quite rightly, went on to point out other stars who have “misbehaved” on the show. “Madonna’s done it, Britney’s done it.” Cyrus believes that she just gave the crowd what they wanted. She believes it is what the viewing public expects.

But despite her claims that she did nothing wrong on the show, her OTT performance has already cost her the December cover of Vogue. She may not want to rock the boat too much or she could lose the gig.

So it seems to be a case of Simon Cowell versus Miley Cyrus with the rule of no twerking on the X Factor. It may seem a bit unfair, but, obviously the producers of the show are older than Miley. And as her director has already said, “Miley is not for ‘old people.'” But she also is not for the very young either. Since this is a show aimed at the family market, she will have to tone it down.