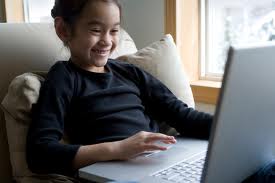 When a single-player PC game is developed, the team behind it has to create a back story while slowing the screen action as to let the alone gamer take in all the juicy nuggets being tossed at them. With that in mind, this list of 10 of the best PC games played alone have been put together, along with a screen capture of each one in case you might not be familiar with one or two particular games.

When single-player games are made, they are meant totally for their audience of one. They are not interested in trying to make bunches of people engrossed at the same time in front of the same screen. As you sit there and enjoy your solitude, each action you experience can feel more powerful. Action feels more powerful, excitement more fun, fear seems more real . You can let yourself go. You can escape into the experience the way you drift off when you are listening to something on Spotify with your earbuds. Shut the world away. You are the supreme one here.

So, here we go. The list below are 10 of the best PC games you can play alone. We will begin with:

Just because you are enjoying this game by yourself does not mean you handle the zombies by your lonesome. The Walking Dead PC game gives you numerous characters that are non-players who you to mingle with. Some of them can do some pretty neat stuff. Remember that when they come around.

This game is a point-and-click game, and out of the genre it has to be one of the most engrossing, and fun.

You get to be Lee, and of course he is the man with the shady past. He meets up with different survivors and a young girl whom he swears to protect. You alone are the one that will decide what happens in this game. You will decide what will be the ultimate fate of those around you, and that is what will determine how the game will end. Your decisions alone will be a matter of life and death.
FTL: Faster Than Light: 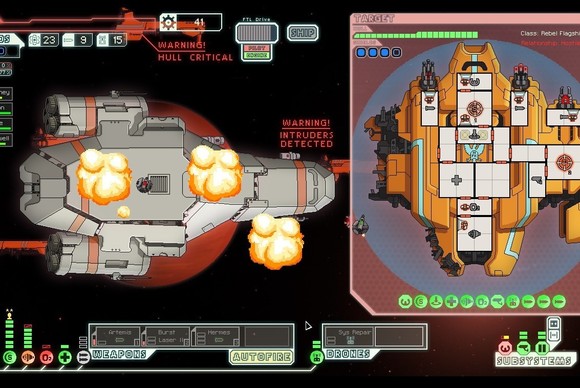 Being out there in deep space in very lonely. It is a good thing that Faster Than Lights really does not give you any time to think about that. You will be way too busy trying to get through the game just running to save your life.

You are also in charge of various crew members and you have to help them get through the harrowing trouble. You must give them jobs to perform such as doing ship repair, navigating the ship away from danger, and also firing weapons.

You have to remember that the end could come at any second. There are space pirates chasing you, or you might run out of all your air supply. You may get blown into tiny bits or get lost in deep space. You just never know what is going to happen. 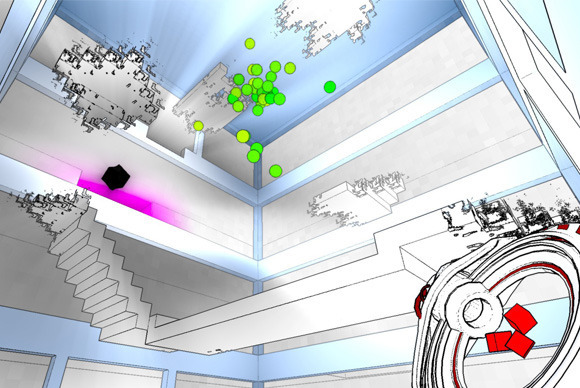 Antichamber is a game that is full of  paradoxes for your eyes to examine.

The lone travels here through the game will find you going through mazes of  puzzles which cause you to think, and visuals which will stun you

You may find that you are going through the very same rooms over and over again, however this will be different each time. You can either get aggravated and rush around to try and get to an exit or you can just relax and stroll along the walk.
Dishonored:

This is a game where you have been framed for killing someone that you had been sworn to protect. Now you have to restore your honor and you can only do that one way. You have got to to kill those who are really guilty. You have to go through a city and you get to use  supernatural powers to move short distances, be able to see through walls, slow down time, and much more.

How you play is up to you. You can spare loyal guards who want to stop you and only assassinate evil in silence or you can kill anyone who gets in your way. It is totally up to you. 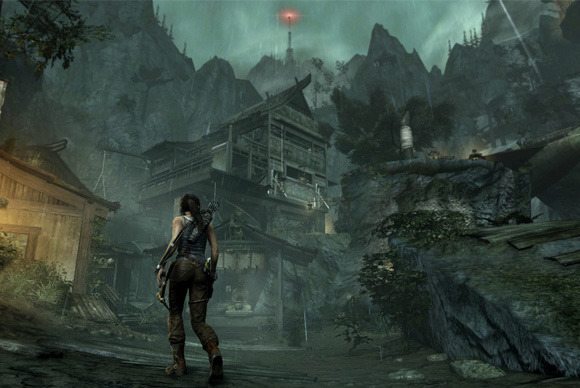 Lara Croft may not have always been so brave and strong. In this game she is naive and a total newbie with this Tomb Raider reboot. But thankfully that does not last.

She finds herself lost on a deserted island so she and the rest of the crew of a research vessel soon meet some weird people who only want to fight.

So if Lara wants to get off the island, and save everyone in the process, she has to get tough real fast. This game is tough going but you are the one in control and you get to do it all. 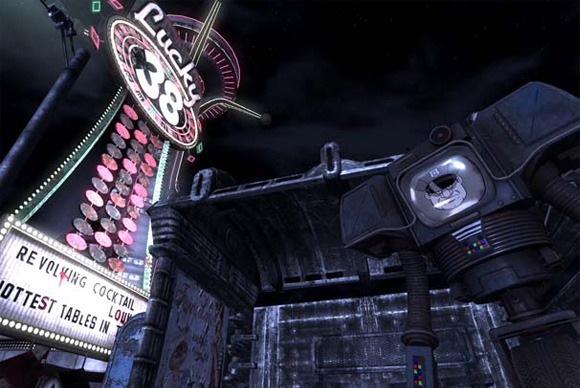 Nuclear war has destroyed the United States and it is now a vast wasteland.But the city survives, kind of. What you get is Fallout: New Vegas.

You are a nobody who the mob has left for dead. But having survived nuclear fallout, you are fairly tough, and so you bounce back and head out to find your way in this new weird world trying to find some kid of fortune.

You can be friends with people or kill everyone you meet. You can seek revenge on all you feel have done you wrong or you can battle in a huge war to see who gets to take over Hoover Dam.

So much to see and do in here. If you feel you need some companionship, you can always look for a friend or two to pal around with, if you dare. 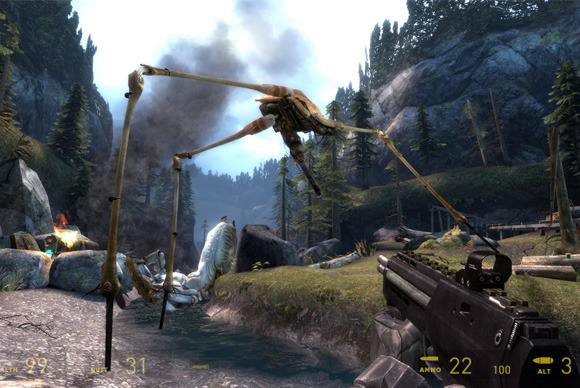 It has been almost 10 years since Half Life 2 came out, yet this game still is one of the most fun single-player experiences that has ever been.

This game is set in a dystopian future. You are the scientist and hero Gordon Freeman, who is on the mission of defending the human race and he wants to kill the aliens which are now living on the planet. It is as simple as that but it has stood the test of time.

It will be here another 10 years going strong, there is absolutely no doubt.

Columbia is a city which exists in the clouds. It only is there for the very smart of the bunch.  However there are very intelligent people up there which are choosing to hide dark secrets. You play Booker DeWitt and he does not belong in this world, yet he has to save the girl that is being held in the tower and get her back to New York and this will in turn wipe away the debt he owes.

This should be easy enough until  Columbia decides you are this evil “False Shepherd” they have been forewarned about in their ancient prophesy.

You get to roam around the air city, fight crazy belief zealots, and save the girl, who really did not need saving in the first place.
Portal 2: 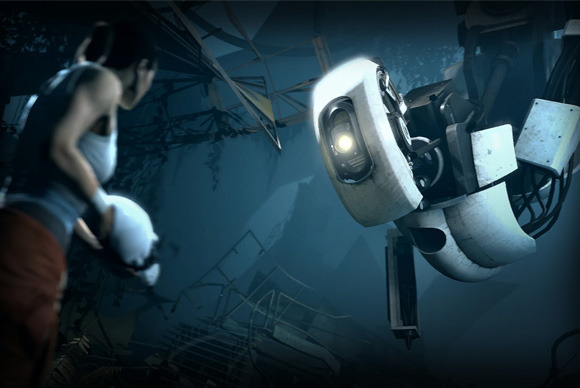 An AI robot named Wheatley awakens you from a deep sleep years after the tests and trials of Portal 1. It seems Aperture Labs has been allowed to be destroyed, and Wheatley wants to help you escape out of there.

But  Wheatley’s actions accidentally wake up GLaDOS , the murderous AI that you conquered in the first game as well. Uh oh, that robot is mad!
The Elder Scrolls V: Skyrim 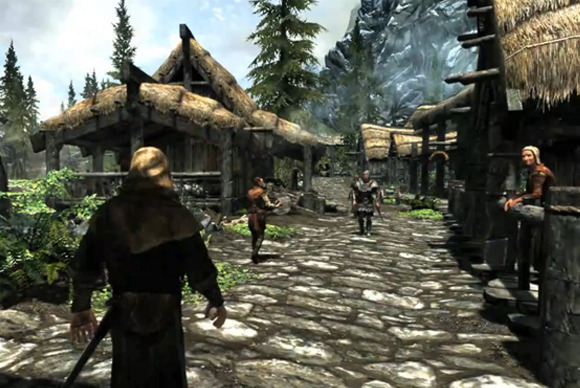 With this game, you might spend a day fixing up your character but once you begin your game, you will have total action and fun.

You can be a warrior in an army, or even go to school to learn magic. Whatever you choose, be careful and watch out for dragons. They are never far.