California Prepares for ‘The Big One’ 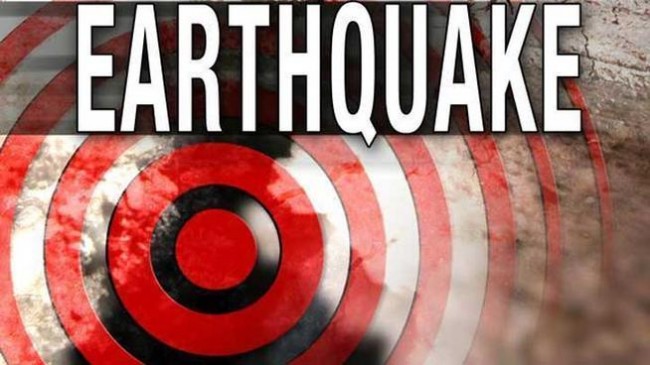 California is preparing for ‘the big one’ today!  Many were found diving under desks and standing in doorways as they braced for impact.

This is all fairly routine and all part of the state’s annual “Great California ShakeOut” program.   The drill was held earlier this morning when employees of 11 municipalities in San Diego County, along with many businesses and most schools, stopped, dropped, covered, and held on.

According to ShakeOut.org, nearly 9.5 million people were registered to partake in the drill, which had been scheduled for 10:17 a.m. EST.  This is up slightly from last year’s 9.4 million participants.

First held in California back in 2008, The Great ShakeOut has gained popularity over the years and has made it to such places as Italy, Canada, Japan, and guam.  This year’s drill is said to include Alaska and Hawaii.

Californians have been preparing for what is referred to as ‘the big one’ for years.  It is believed that an earthquake with the magnitude of 7.2 could possibly strike the San Jacinto fault, which is ranked as the second most active one in the state and runs through San Diego County.

A larger concern lies in the Rose Canyon fault, which begins in Mission Valley and heads past the seaside town of La Jolla.  Fears of an earthquake of this magnitude could hit the fault have been well founded.  A quake that large would surely cause massive landslides, interruption to utility services, hazmat dangers, transportation nightmares, as well as fires and mass flooding.

There hasn’t been a truly monumental earthquake in California since 1994, when a quake hit the town of North Ridge in the San Fernando valley, killing more than 60 people and injuring over 7,000.

Today also marks the 24th anniversary of the 6.9 magnitde earthquake that hit Loma Prieta, located in the Santa Cruz mountains.  That particular disaster killed 63 and injured nearly 3,800, causing nearly $10 billion dollars in damage to the region.

To prepare themselves for ‘the big one,’ Californians need to do everything in their ability to make sure that their homes are safe and free from hazards.  This means securing bookshelves to walls or checking to see if anything could fall from shelves or walls that could possibly injure someone, securing hot water heaters and checking to make sure that heavy furniture won’t topple over.  Many Californians already have emergency kits at the ready.  Most of these include necessary provisions, such as water, a first aid kit, food that is non-perishable (canned goods are a staple), batteries, and flashlights.  Some items that are absolutely necessary but are usually forgotten are emergency radios, presciption medications and a stash of cash.  The last one is crucial since you may not be able to use your debit or credit cards if stores lose electricty.  Homeowners should be fully prepared to be out of commission for at least three days following any major disaster.

Drop, Cover, and Hold is the new way to ready yourself for an earthquake.  Hiding in a doorway, what was once believed to be your safest bet, is no longer the safest method.  The office of Emergency Management has found that many people find themselves in harms way while making their way to the nearest door frame.

So, is California truly prepared for the next ‘big one?’  Only time will tell.  But for now, programs like the Great ShakeOut are proving to be effective in preparing everyone for what is considered to be the inevitable.