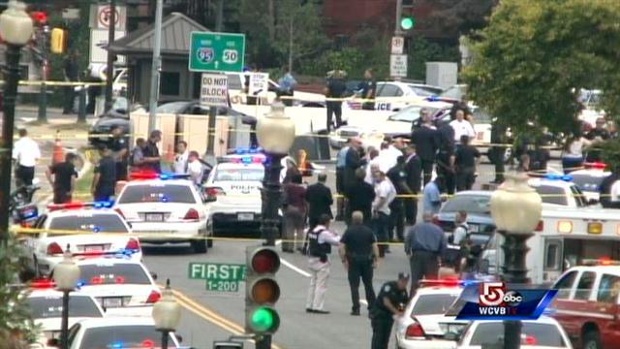 Thursday’s shooting near the Capitol was the cause for many hateful words to be spread across the internet.  “Stop the violent rhetoric President Obama, Chuck Schumer and Nancy Pelosi. #Disgusting,” Rep. Tim Griffin (R-Ark.) Tweeted during the midst of the day’s Capitol lock-down.

A Connecticut woman was shot and killed Thursday after allegedly running her car into the gates of the White House, then fleeing. Police officials were then led on a terrifying car chase toward the Capitol. The White House was on lock-down for hours as police and other government officials investigated the chaotic event, later ruling it to be an isolated incident.

The country, before knowing the reasons for shots fired, was in a state of disillusion. Televisions and radios blared the live coverage of the breaking news story for hours as each of us tried to understand what could have prompted the suspect to flee. While we were awe struck by the abundance of police and emergency vehicles, some congressmen and women used the time to take cheap shots at one another.

Griffin later deleted his outrageous reaction, claiming it was done out of emotion. This does not come as a surprise, since yesterday was day three of a tedious government shutdown. Emotions from both sides seem to be blaring aloud for the entire world to hear. As our country fails to create a budget for the people, they are also failing to keep their cool under pressure.

Politicians were not the only ones to blame for the barrage of blaming Tweets and irrational Facebook posts. The country, as it lay divided, used the Capitol shooting as a ledge from which to leap into a game of blame. Instead of coming together as a united nation, we spent an afternoon finger pointing, wishing ill-will on our opponents, and making fun of the dysfunction that is our current state of affairs. Rather than allowing Thursday’s incident to help glue together a government broken, we showed our asses to the world. Rather than sending out hopes and prayers that everyone made it through the shooting unscathed, we wished harm on those who may have been involved. What does this say about us as the United States of America?

As our government lay suspended, emotions will of course be nearing hyper-sensitivity. Civilian government employees going without a paycheck will be in a state of panic, and those who do not understand the effects of the shutdown will be in a state of panicked confusion. No matter what is happening at the Capitol in Washington DC, all of us who inhabit this country need to pull it together in an effort to lead by example. With other countries keeping their eyes on us at all times, it is in our best interest to pull ourselves up by our bootstraps and carry on as a country united. The weight of the world lay on the shoulders of President Barack Obama and all those in office who are trying, methodically, to piece the government back together. Their impasse is no reason for us to fall apart. The government conflicts are no reason for us to create more tension, and clearly, a shooting at the Capitol is no reason for any of us to send out hateful Tweets and Facebook posts. We are, after all, the United States of America.