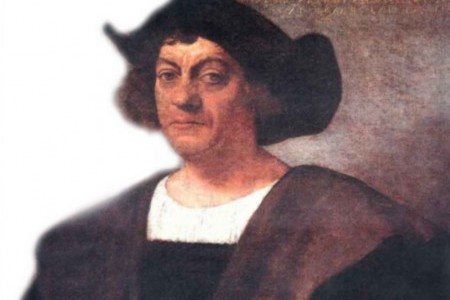 Christopher Columbus, the mighty, brave explorer who fought against brutal elements and sailed from Spain to discover that the earth was round, really did none of that. Christopher Columbus was a savage barbarian who pillaged, raped and killed all for the sake of money and notoriety.

The textbooks in America teach all of us that he sailed with his fleet of ships toward an unknown territory, found land in the Americas , broke bread with the natives (who already had discovered and occupied the land) and left peacefully to give word to his people. That is what an airbrushed society teaches our youth and many of those youth are now misinformed adults whose ignorance is erasable by merely doing a little bit of research. What you will learn is that Christopher Columbus was a cruel man whose only concern was himself; a man who never spared a man, woman, or child in his attempts to achieve that status.

When he and his fleet reached Haiti and several Caribbean islands for the first time in 1492, he was introduced to the inhabitants; the Arawak Indians. Columbus was curious about the gold worn in the Arawak’s noses and tirelessly inquired about any gold that might have been on the island. In his journals, Columbus wrote, “I was very attentive to them, and strove to learn if they had any gold.” He sailed the following day around the islands with a team searching for the elusive gold that had yet been discovered, or that was hidden by the Indian tribe. In his journal he scribed, “I could conquer the whole of them with fifty men and govern them as I pleased.” Though he did not take all of them as his writings suggested, he did capture approximately 25, forcing them into slavery and taking them back to Spain.

On his second trip to Haiti, King Ferdinand replenished his resources and gave him anything he needed to break and conquer the natives. Once he and his crew made it to the island, his demands were met with surprising defiance which allowed him to then declare war on the Arawak tribe; an almost obvious plan. Using vicious and inhumane fighting tactics, Columbus and his Spaniards won the battle. With no luck finding the gold on this trip either, he rounded up approximately 500 Arawak Indians to bring to Spain as slaves and gathered 500 more for the new Spanish government of Haiti to use in the same barbaric manner. They had conquered the Arawak Indians and now declared that Haiti belonged to Spain.

Under the rule of the new Spanish “government,” the Arawaks still residing in Haiti were forced into a new way of life called the tribute system. Because of Christopher Columbus’s tyrannous greed and his inability to find the gold he longed for, he forced the Arawaks to pay him every three months. For everyone over the age of 14 years, 25 pounds of cotton or a hawks bell of gold dust was the fee. Upon making payment to the Spaniards, the Arawak Indian would receive a token to be worn around his or her neck for the next three months, ensuring safety until the following three month mark when again the toll was due. If they did not meet the deadline, his or her hands were cut off.

The barbaric treatment of the tribe caused many Arawak Indians to commit suicide, abort their unborn, kill their own children and die of malnutrition and exhaustion. This atrocity, a true genocide, was blood on the hands of our hero, Christopher Columbus, the barbarian.

According to letters written and journal entries, Columbus was also busying himself in the transatlantic slave-trade with an emphasis on sex. He used the female slaves as rewards for his men and as negotiating tools with his colleagues. The textbooks never mention this aspect, but in 1500 Columbus wrote, “A hundred castellanoes are as easily obtained for a woman as for a farm, and it is very general and there are plenty of dealers who go about looking for girls; those from nine to ten are now in demand.” (This, just another invaluable reason to celebrate his achievements each year.)

This, the second Monday in October 2013, is Columbus Day; a day we celebrate a true barbarian; a day celebrated with parades and sleeping in for the sake of saving face. We celebrate and honor mass murder and an unspeakable brutality on a peaceful, undeserving group of humans. We misinform our children and skip over the facts just to avoid a much warranted amends. On a day of celebrating a barbarian and ignoring the truths, we become savages ourselves.

4 Responses to "Christopher Columbus the Barbarian"