Enormous Asteroid is on Collision Course With Earth 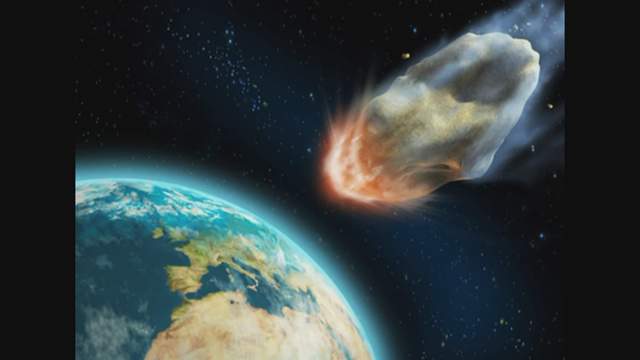 Could the world be ending in 2032? That is a question for the years ahead cause Ukrainian scientists have discovered an enormous asteroid named 2013 TV135 and they are predicting that the space rock is on a collision course with earth 19 years from now. However, NASA authorities whose jobs are tracking space things such as this do not agree with the researchers and they say odds are against such a hit happening.

The asteroid collision possibility might raise new apprehensions in neighboring Russia, which has been struck twice in the last century by shattering asteroids. Scientists are not only actively looking for and tracking them, but they also are looking for plans to deal with the possible threat from space.

Back in 2011, the researchers forecast that the asteroid Apophis could hit the Earth in April of 2036.

“We want to consider various options against asteroids and develop situations and plans of action contingent on the results of further observations,” Professor Leonid Sokolov of the St. Petersburg State University explained.

The 17–meter asteroid that struck near Chelyabinsk, Russia, on Feb. 15, sent out over a blast equal to 440 kilotons and smashed into the earth without any warning.

A possible strike by this newest asteroid is a threat that is not to be taken lightly, but this 1,300 foot wide asteroid only has a .0021 percent chance of striking our planet, said NASA.

The scientists here in the United States have had about nine days to examine what is going on with the asteroid, and the odds of it actually being on a collision course with earth are about one in 48,000. As various space organizations get more information on the asteroid, it is believed the chance percentage will slip down to nothing.

Over a hundred tons of space junk drops down to the earth each day, and most of that is so tiny it is very rarely detected. What bothers researchers is the huge stuff floating up there.

Russian scientists really do have very good reasons to be worried. The last large asteroid that struck Earth before Chelyabinsk was one that smashed into Tunguska, Siberia, in 1908. It shattered over a thousand square miles of rustic Siberia.

Scott Hubbard of Stanford University believes that scientists on the world need to take the protection of Earth much more seriously.

He feels that if a giant asteroid collision happened, something that is miles across, it would probably generate the same kind of catastrophe that destroyed all the dinosaurs. No one is talking about ending the Earth, nor are they saying that all life on the planet would end, but it is kind of obvious that an asteroid collision would wipe out society as it is known today.

To find those planet-ending asteroids is a test that NASA tries to take ahold of with its Near Earth Observation and Asteroid Initiative Program. Researchers explain that it is not the big ones that scientists already know about up front that are the reasons for the problems.

The concerns are centered on the small ones that come toward us from the sun’s direction. Those are the ones that cannot be seen from earth in the daylight. Just like with anything else, the smaller something is, the harder it is likely to be noticed. That alone raises the chance of them striking and hitting the earth. The fact is that there are asteroids on collision courses with Earth and we may or may not be able to stop them.

5 Responses to "Enormous Asteroid is on Collision Course With Earth"