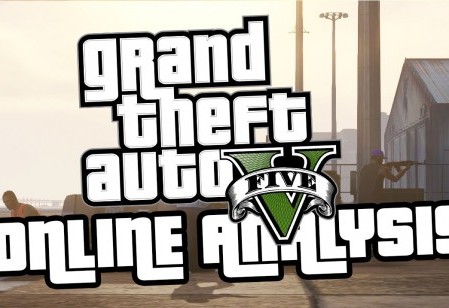 Rockstar Games announced that the GTA V online patch to fix multiplayer issues on the PS3 is now ready for downloading and that they expect the Xbox 360 patch to be ready this weekend. The title update will fix a number of problems with the online multiplayer, all of which are listed on the Rockstar Games website.

Since the release of GTA V, the game has suffered from bugs and quite a number of issues. On Friday, the game’s developers released a patch to fix the problems with the PS3 online multiplayer gameplay. Rockstar Games has promised via an post on their website that not only the PS3, but the Xbox 360 problems would be sorted.

The patch will deal with “common” issues that have been reported with the GTA V online gameplay. The companies self imposed deadline is Saturday Oct. 4. The online player mode for the popular game has been plagued with several problems, not least of which was related to server issues, after it was launched on Tuesday Oct. 1. Some players have not even been able to gain access to the online mode.

Rockstar Games announced upfront that fans of the game could expect quite a number of “growing pains” related to the launch of the online mode. Their explanation was that the issues would be caused by the open world verse of the game. It was this that would make problem’s “inevitable.”

On Thursday, Rockstar removed microtransactions from GTA V Online. The company also announced its intentions to have an online patch to fix multiplayer issues for the PS3.

The “common” issues that Rockstar have provided fixes for are:

Player’s being stuck while launching sessions before the “Mall or Nothing” race in the online mode tutorial.

Banks and cash being deleted incorrectly.

Loading problems that caused the Character Switch Wheel to disappear.

Players losing apartments and the cash they used acquiring them.

Taking off the autosave when moving into the GTA Online from GTA V Story Mode to prevent corruption.

Rockstar Games did warn players that the launch of the GTA V Online would contain several problems. Just before the release developers announced that fans of the game could expect crashes, “crazy bugs” as well as gameplay mode issues and gameplay mechanics that would need rebalancing.

The company is working feverishly to made the patch for the Xbox 360 available as soon as possible.

The online mode of GTA V with it’s “teething problems” is just one more addition to problems that the billion dollar game has encountered upon its release. There has been the issue of no Android application available combined with several problems attached to the iOS application.

It is clear that fans of the high-octane open-world game are not happy with the ongoing problems, but, they appear to be willing to overlook the shortcomings that have been apparent after the games launch.

Rockstar Games have released the GTA V multiplayer online patch for the PS3 which will make those players very happy. All that remains is for the company to fix the Xbox 360 issues, which has been promised for this weekend. While these “common” issues have been dealt with, the company will be, obviously, attempting to identify any further issues that detract from the multiplayer online experience.