Madonna Opens up about Rape Experience in NYC: I Am a Survivor 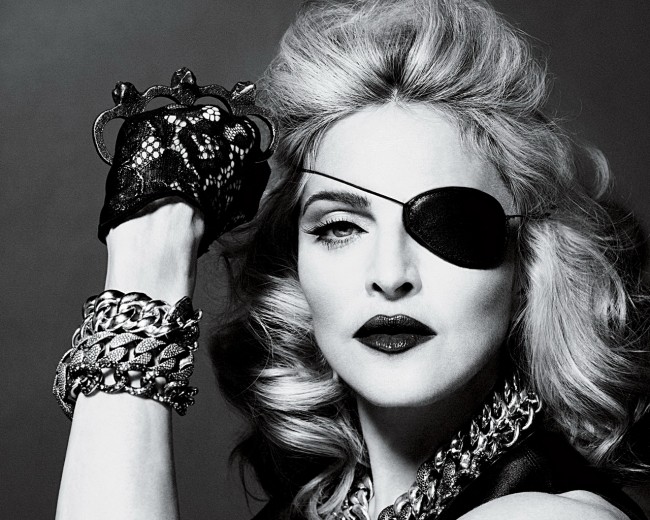 Leave it to the Queen of Pop, Madonna, to be one of the pioneers when it came to female honesty and bravery. When she first arrived to NYC, Madonna had only $35 in her pockets and she paid her rent through posing nude for art classes. She was a wide-eyed, 19-year-old, studying to become a professional dancer. Not the one to shy away from admitting her bizarre experiences or her humble roots, Madonna proved with her recent confessional that she was an an example for all rape victims that they should open up and speak their hearts out. Maybe the experience would be less traumatizing and maybe the courage that they gather to confess would make it a better environment for them to grow, apart from the horrible experience that took place. Describing it in full details the 55-year-old singer said:

“New York wasn’t everything I thought it would be. It did not welcome me with open arms. The first year, I was held up at gunpoint. Raped on the roof of a building I was dragged up to with a knife in my back,”

Madonna said that she felt scared sh***less afterward. But instead of cowering in the background and closing in on herself, she chose to fight.

“I was defiant. Hell-bent on surviving. On making it. But it was hard and it was lonely, and I had to dare myself every day to keep going.”

Madonna said she found it pretty difficult to fit it, whether it was when she first moved to New York, or when she dove into the adventure of marrying director Guy Richie and moving to Britain with him. Her mantra was however to embrace life and whatever it gave her. It’s not easy to be frowned upon with every move you take and every decision you take but the best strategy would be to hold your head high and keep moving.

Madonna was never far from controversy and wreaking havoc whenever she went. Back in the 80s the world was not ready to accept racy music videos with challenging imagery and themes. So when Madonna’s music video “Like a Virgin” topped the Billboard Hot 100 in 1984, all hell broke loose. She was attacked by moralists and religious organizations who said the song promoted “premarital sex”. The criticism didn’t stop at that, just like Marilyn Monroe, Madonna had posed nude for “Playboy” and “Penthouse” magazines in 1978 because she needed the money. When the images resurfaced as she rose to fame, Madonna was slammed by critics. The warrior, however, didn’t take bulls**t from anybody and didn’t apologize.

One of Madonna’s most controversial battles was her “Like a prayer” music video and her “Blond Ambition World Tour”. The song “Like a prayer” was condemned by the Vatican for containing Christian themes like the stigmata and burning crosses, and also for showing Madonna fantasizing about making love to a saint. In the tour that preceded it, Madonna sang “Like a virgin” onstage accompanied by two male clad dancers who caressed her body while she simulated masturbation. Despite all the bashing she received, Madonna didn’t shy away from making more controversial music videos, publishing her coffee table book “Sex” or making iconic, shocking performances in her tours. Funny thing is, not only was Madonna criticized for her sexually-provocative songs or raunchy performances, but also for practicing Kabbalah, adopting an African child and writing children’s books.

It’s usually not about what you do that people attack you, Madonna is a living proof of it. Being the woman she is, everybody criticized her, fore every thing that she did. Nothing satisfied the world, even when it was well-intentioned. So as Madonna puts it, one might as well do as one wants, instead of calculating every move and living the life that wasn’t even yours.

Madonna joins yet another series of rape victims who found the courage to open up about their scary experiences. They have trodden places we have never been to, yet they survived the whole ordeal. Even if NYC seemed like a bitten apple to Madonna in her late teens, it is now a welcoming haven that will always retain her art, courage and beauty.

Madonna and a history of controversy

2 Responses to "Madonna Opens up about Rape Experience in NYC: I Am a Survivor"