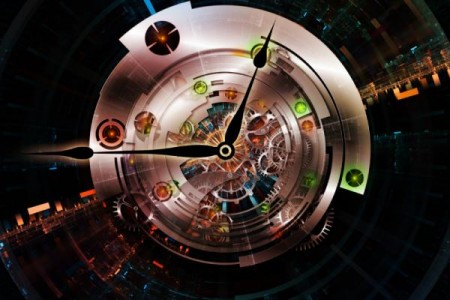 Time travel forward into the future has always fascinated people and Albert Einstein believed it was possible. Physicists have been sending very tiny particles known as muons, that are similar to electrons, into the future by influencing the gravity which surrounds them. This, in actuality, has proved that time travel is possible. However, this is not enough to say that the knowledge needed for transporting human beings 250 years in the future will come along anytime soon.

However, going into the past, has even less known about it. Still, an astrophysicist that works at the EarthTech International Institute for Advanced Studies in Austin, TX believes that time travel to the past is possible. What humans need, he states, is a wormhole. A wormhole is a hypothetical passageway which space-time is predicted by the theory of relativity.

He added that humans can travel either to the future or the past by using wormholes even though they have never even been proven to actually exist.  It is also unknown what sizel they really are.

Regardless of this, the astrophysicist still thinks that time machines can be created and that the probability of a wormhole could become, or be used as, a way for traveling back in time is a very real possibility.

The general relativity theory and the quantum theory each seem to give several opportunities for traveling along what physicists like to call a curve which is closed, or a kind of path which cuts through space and time, this is in essence a time machine.

Actually various scientists’ present-day understandings of the laws of physics seem to be full of time machine theories and there are many space-time geometry answers which display time traveling or seem to have the ideas of time machines contained within them.

Hypothetically, a wormhole might be used to cut through time as well as through space.

That is because once a wormhole is formed; either one or either end of it will need to be hurried through time to the preferred position, according to the theory of general relativity. If this can happen, then time travel may become possible sooner than previously believed.

5 Responses to "Time Travel Is Possible"