Antarctica Reveals a Secret to The World

By Kimberly Ruble on November 18, 2013Comments Off on Antarctica Reveals a Secret to The World 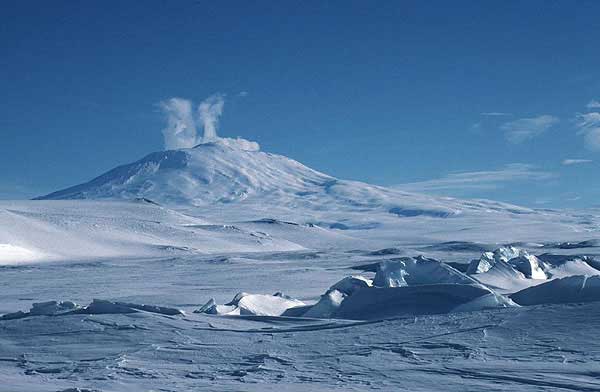 Antarctica reveals a secret to the world, and that is it has an active volcano below the ice, scientists stated in a research report printed in the journal Nature Geoscience.

The discovery finally settles the long-held belief that volcanic action has been hidden by western Antarctic ice. Numerous volcanoes rise up next to the Antarctic coastline and its islands, but this is the very first time that magma has been noticed in action so far inland.

This time period is really the age of discovery for Antarctica, explained said Richard Aster, who is one of the co-authors of the research study and a scientist at Colorado State University. He believes that there are many other volcanic revelations to be found under the ice.

The secret volcano just happened to be a lucky event when it was discovered. The research mission, known as POLENET, was planned to investigate the Earth’s mantle structure, which is the layer under the crust. Back in 2010, the team led by researchers from Washington University in St. Louis, MO spent a couple of weeks trudging across the thick snow, towing sleds filled with equipment made for monitoring earthquakes.

The scientists ended up being in the right place at the right time when not one but two earthquake clusters happened to hit below their feet in both January of 2010 and March of 2011. As they would later find out, the tremors which are known as deep, long-period earthquakes were almost identical to ones identified beneath active volcanoes in Washington and Alaska. The swarm clusters were almost 25 miles underneath the surface.

This is an amazing story, stated Amanda Lough, the study’s main author and a graduate student at Washington University. Although there were not any blast signs, a bulge over 3,000 ft. tall was discovered beneath the ice and shown the volcano had burst out lava in the past, creating the growing peak.

Scientists believed that the magma underground and fluids making different paths were causing the deep, long-period earthquakes. If the volcanoes in Antarctica would erupt from the quakes, they might cause the ice to melt but researchers are not certain as to what would happen next. In Iceland, the volcanic explosions have caused glaciers to thaw, triggering considerable flooding. But in Antarctica, the ice over this volcano was over a half-mile thick.

People seem to just hear the word “volcano” and they are afraid of how it could change what happens with the ice in Antarctica. They need to remember that events such as this have been happening for millions of years now.

Hugh Corr, who works with the British Antarctic Survey, stated that an eruption might cause a huge effect, but it is hard to calculate.

The leading effect on the western Antarctic ice remains climate change heating up the ocean and melting the ice. That is the major risk at this time, not if a volcano might erupt.

There are signs of both extinct and also active volcanoes all over Antarctica. Lava and layers of ash show volcanoes have been going off even while the continent froze up over the past 20 million years.

The earthquakes track up with older volcanoes, and this seems to show that volcanic activity is slowly moving south by around 6 miles about each million years. This relocation is perpendicular to the movement of Antarctica’s tectonic plate, so a mantle hotspot is apparently not supplying the volcanoes, Lough said.

Antarctica is definitely one of the most enthralling and mysterious continents located on Earth. But even though the crust may seem to be the obvious answer for the numerous volcanoes covering the land, none of the peaks fit into any apparent pattern. Volcanic action in Antarctica seems to be unlike anywhere else on Earth, and it still is keeping some of its secrets.