Same-Sex Marriage Can Flourish With Children

By Roanne FitzGibbon on November 18, 2013Comments Off on Same-Sex Marriage Can Flourish With Children 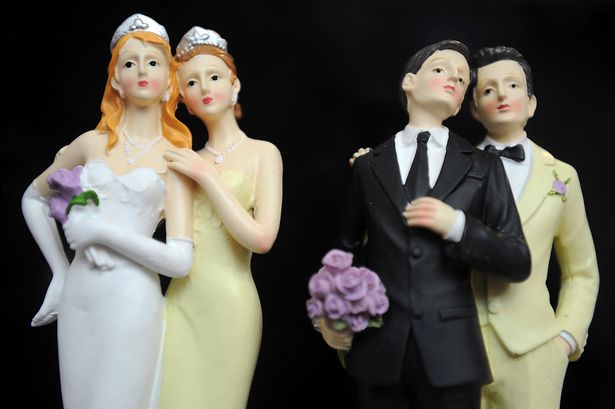 The topic of same-sex marriage has drawn criticism from law-makers and religious leaders for decades, but successful strides are being made as each new day brings about more change.  Laws are being re-written, minds are opening and same-sex marriages are taking place.  Gays and lesbians are out and about and demanding their rights.  Many couples choose to share their commitment to one another in the form of marriage and be recognized as such.

Aside from personal beliefs and teachings, society has become more accepting of the same-sex couple.  They appear more grounded in their commitment and devotion, as their dedication to one another is evident.  The trials and tribulations they may have endured as a non-heterosexual individual and, or as a couple, bring a closeness of understanding between the couple.

The once taboo marriage of interracial and interfaith couples has long been laid to rest.  One can not always plan who they fall in love with.  A likeminded connection draws people of all types together, often in surprising ways.  If a man loves a man, or a woman loves a woman, so be it.  Many times, too much attention is drawn to others while neglecting one’s own life and relationships.

Happy children are raised in a loving, stable home where the parents care for one another and are sacrificial to the needs of the family.  All types of families can flourish with the laughter and joy a child can bring.  While same-sex couples can not produce children the old-fashioned way, they can make excellent parents.  Alternative options are available to same-sex couples, just as they are to heterosexual couples who struggle to have a child.

Adoption, surrogacy or in-vitro fertilization with a sperm donor are all viable means to having a child.  The wait, the anxiety and the costs involved can prove to be a strain on the realtionship at times, but the joy of a happy ending makes it all worth while.  Surrogacy can range from $50,000 to $100,000, adoption can cost an average of $20,000 on up, and in-vitro fertilization may be $15,000 or more.  To go through the process and pay that amount of money sends a clear message of wanting a child.  Adoption by same-sex and traditional couples is a very good thing, as so many children in the world are in need of a home.

Children of same-sex marriages often are raised with more accepting values and become open minded citizens.  Traditional and same-sex marriages with children can flourish as an example of love and commitment.  Sadly, divorce and break-ups are happening within the gay community as well, and those children will endure the same hardships as a child from a broken traditional marriage.

Same-sex marriages with children often flourish stronger because of the life choice and desire to add to their family.  Many examples of gay and lesbian couples with children can be found in Hollywood, down the street or shopping at the mall.  The family unit can bond together regardless of the marriage dimension, as long as the parents are happy together.  As laws change to accommodate the changing world, love is here to stay.