Banks Forced to Comply With US Regulators Despite Not Being in U.S. 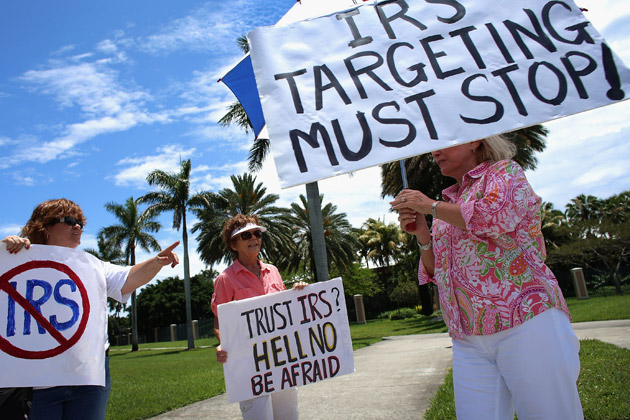 Canada is the latest nation to watch with bated breath as its leaders near an agreement with The United States Internal Revenue Service (IRS) for its banks to surrender records detailing the identities of suspected American tax cheaters. Although the Canada Revenue Agency has no particular interest in divining such information, it finds itself forced to participate because Canadian banks will soon be forced to comply with U.S. regulators – despite not actually being in the U.S.

The Foreign Account Tax Compliance Act (FATCA) passed in 2010 with such momentum that legislators were confounded in inventing an additional final word that begins with a “T” for its name. The act targets Americans who evade taxes by hiding their money in foreign banks. The culprits are discovered by the association of certain red flags with new or existing accounts, such as “being American” and “having a lot of money in a foreign bank.” The foreign financial institutions in which Americans hold accounts are tasked with reporting the identities and assets of possible tax evaders to the IRS to evaluate.

Essentially, foreign banks are forced to comply because the U.S. government is holding their money hostage. Foreign banks can not be directly impelled to participate, nor can they be directly punished, so federal regulators are sidestepping jurisdictional questions by merely threatening a 30 percent withholding tax on any transaction that originates in or passes through American territory. The saber-rattling has been effective; banks have protested profusely, but thus far none have outright refused compliance.

The only leniency that the IRS offers is an alternate IGA that empowers the revenue collecting agencies of a foreign country to gather and report the requested data on behalf of the U.S. This route offers the small comfort of allowing banks to submit data through existing channels to the government entities with which they are accustomed to dealing rather than individually developing and operating a means to communicate with the IRS across borders.

Beyond offering a destination for the data, the U.S. leaves the enforcement of FATCA entirely up to the responding countries. This leaves the foreign nation to puzzle out how the information will be collected and how it should be sent. The open-ended mandate leaves the implementation of FATCA vulnerable to a host of potential problems.

One example is determining exactly how the banks will ascertain the information in question. The IRS has basically suggested that financial institutions ask about the citizenship of everyone who opens or maintains an account. If Americanism is detected, the account holder’s assets must be evaluated for certain criteria that indicate a possibility of tax evasion. Many observers consider this line of inquiry to be incredibly intrusive and an offense to the expectation of personal privacy.

Another looming issue that has watchdogs up in arms is that compliance with the American law may run afoul of standing sovereign laws that govern the transmission of confidential information. Americans with dual citizenship or visas still expect that certain rights will be guaranteed by the constitution of the other country, and the collection and communication of personal data interferes with those rights. Obedience to FATCA may require breaking statutes that regulate that interaction unless the host nation can devise a means to legislate its way out of breaking its own constitution.

U.S. regulators require full implementation of FATCA protocols by June 30, 2014 to avoid sanctions. After that date, responding countries have until March of 2015 to report any data collected. Perhaps, in the final estimation, FATCA will do its part to bring the world together as non-U.S. banks will soon join the average American in complaining about being forced to comply with the impenetrable rules of the IRS.

Department of the Treasury

5 Responses to "Banks Forced to Comply With US Regulators Despite Not Being in U.S."