By Fatema Biviji on November 26, 2013Comments Off on Britney Spears, Miley Cyrus – More Similar Than Different 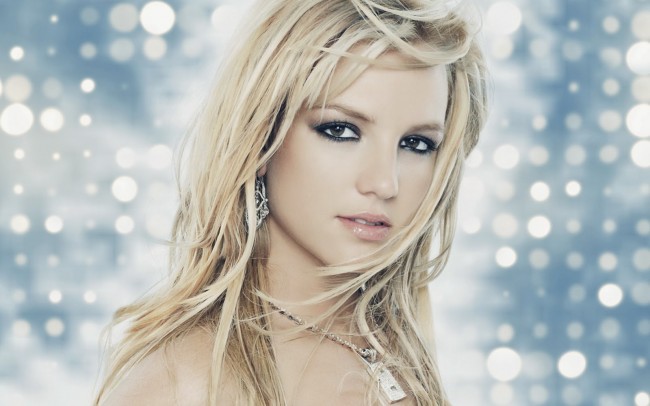 Britney Spears and Miley Cyrus have a lot in common. Both were chid actors, are idolized pop stars, and now both share the same manager as well. Both have displayed controversial MTV VMA performances. While a closer look at their art reveals how different they actually are, their similarities prevail.

When Britney’s “Gimme More” video was released, fans were shocked and titillated. While all videos contain raciness, this one was literally “stripped down” of the usual technical bells and whistles. Simple scenes – some in black and white – added to its overall dark and “dirty” feel. The space she dances in looks very small, making you focus all your attention on her. Then, the shortest shorts on this good Earth are debuted.

Despite its low-budget look, the video, released way back in 2007, still has shock value. Albeit, the shock comes mostly from the provocative nature of the video and, of course, those indubitably short shorts. The music and lyrics fit the video quite well too.

“Gimme More” is arguably one of those game-changers for Britney that affirmed her broad sex appeal to the masses. Notably, the song released after a tough time of struggle in Britney Spears’ personal life. She was cast under the media spotlight for “erratic behavior,” and her divorce with Kevin Federline was widely publicized.

In some ways, Miley Cyrus’ “We Can’t Stop” is Miley’s version of “Gimme More.” In the video, Miley completely shatters any remnant we had left of her being Hannah Montana. With her partially-shaved head and strange white body suit, she’s provocative but not sexy. She sings about partying, but the video feels more like an exhibition of weirdness. The somewhat monotone aspect of its music makes you feel more somber than party-ready.

Cannot blame her though. Just watch Miley’s video for “Can’t Be Tamed,” and you will find flashes of Hannah’s sweet, comical face on a body doing things you could not imagine Hannah Montana doing.

Both Britney Spears and Miley Cyrus’ image-shattering videos get the job done – but in very different ways. Britney’s approach is more down-to-earth and easy to understand, while Miley’s video nudity, better evidenced in “Wrecking Ball,” has a museum-artwork feel to it.

One thing the two songs do have in common – both caused hoopla and controversy with their award show hijinks. In 2007, Britney’s highly anticipated comeback performance of “Gimme More” on the MTV Video Music Awards was panned across the board and discussed for a long time after. Similarly, Miley’s “twerk” display and infamous foam finger have disgusted many viewers and drawn celebrity criticism as well.

However, Britney Spears was not one of Miley’s detractors. In fact, back in September, Spears defended Cyrus in a Good Morning America interview.

“I think anytime you do a performance that is that memorable, you’re going to have criticism,” asserted Britney. “I think she’s doing her thing. She’s being herself, so I give props to her.”

While the two are quite different in style, perhaps only Britney can best understand Miley’s newly found freedom in “We Can’t Stop” – as Britney, too, has pushed boundaries throughout her career to tear away from unwanted labels.