Canada and Their Involvement in the Cold War 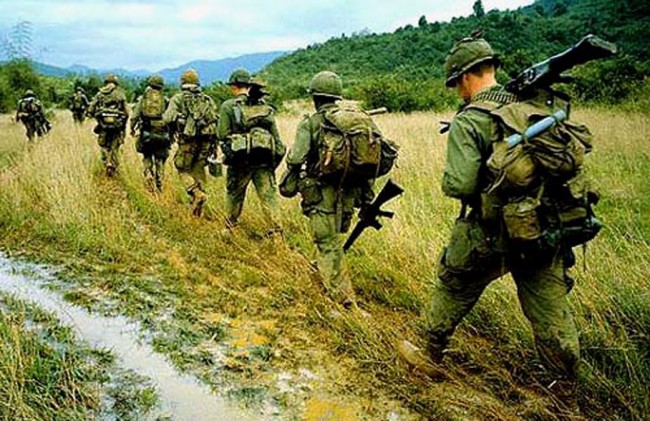 Canada’s involvement in the developing cold war had been ongoing since the late 1940’s. They have been assisting the US and the UN in all the things that they needed. Canada played a middle power and an occasionally important, role in the Cold War. Throughout the US and Soviet rivalry Canada was normally on the side of the United States. Canada played a huge role in peacekeeping with the UN, as well as assisting the US in strategic missions by adding additional boots on the ground, as well as offering some advance technological capabilities to the table.

Canada was part of the Avro Arrow project and designed and made the arrow. The Avro Arrow was a delta winged interceptor aircraft, made and built by Avro Aircraft Limited in Ontario Canada, the design study began in 1953. The arrow was thought to be both an advanced technical and aerodynamic achievement for Canadian aviation industry. Not long after the making of the arrow it was abruptly stopped and put to a sudden halt. Doing this made a large debate about cancelling the arrow. The arrow was cancelled because Diefenbaker went on what the conservatives called “rampant Liberal spending”. Other projects were cancelled as well such as the million dollar monster. When they cancelled on February 20 1959 known as Black Friday put 14,528 employees out of work as well as nearly 15,000 other employees in the Avro supply chain of outside suppliers.

The role of Canada in NATO was to secure shipping lanes between North America and Europe.  Canada and the US would make sure that all of the trades from place to place would make it to Europe and other places. Canada supplied their Navy to NATO. Canada had one of the largest Navy’s and that was basically there only means of defense so that is what they used in NATO. Canada was one of the founders of NATO. Canada has sold off a lot of their warships and planes in the years since and tremendously dropped their military expenses since they sit right next to the US military industrial complex that has the highest annual military expenses in the world, by far. The US spends more than the next 26 countries expenses, combined. 25 of which are allies of the US.

It was 50 years ago that the first UN peacekeeping force was created and deployed. Since the end of the cold war there has been a increase in the UN mission around the world. The UN has been making peacekeeping missions all over the world since the end of the cold war. Canada has been providing troops, equipment and funding to support those UN peacekeeping missions, as well as food for those who are in desperate need to help those in poverty in poor countries they send peace keepers to. Canada’s External Affairs Minister, Lester Pearson made the notion of a UN peacekeeping force to the special emergency session of the General Assembly on November 2 1956. During the Cold War, North America relied on radars to provide an early warning of airborne attacks over the North Pole. From 1950, a series of hidden radar stations were also constructed in Canada, Alaska, and Greenland to identify aircraft and direct fighter planes that would intercept them. At the end of the cold war, the cost to clean up the DEW line was huge. While taking them down they had to make sure that the contamination from the stations did not affect the environment and destroy it. Its cost around $580 million to deal with the stations posted in Canada.

The Program was a joint US and Canada effort between 1957 to 1972 to protect against the USSR bomber threat. The Bomarc was a combined effort between Boeing and the Michigan Aeronautical Research Center. It involved the deployment of stations armed with Bomarc missiles along the east and west coasts of North America. Bomarc was taken out commission in the early 1970’s since they seemed to be ineffective and cost way too much money to keep it running. It was  never used in combat so while their combat effectiveness remains untested, it was still thought as have been important. The Bomarc missiles were the first long range anti aircraft missiles in the world. They were able to carry conventional or even possibly nuclear warheads, thankfully that latter never needed to be the case. Their role in defense was in an intrusion prevention perimeter to protect the coast from enemy intrusion, they would be picked up by radar and the Bomarcs were set on the Eastern and Western coasts of North America and would launch to destroy enemy bombers before they could drop their bombs on us.

In today’s day and age there’s a similar atmosphere to the cold war going on with all the digital spying capabilities, and the internet has made this programs extremely transparent to the public. Unfortunately a lot of legal lines are crossed the same way they were back in the 60’s, just with more advanced technological capabilities being controlled by the likes of the NSA and CIA. This is an ongoing controversy in the news most have caught on to by now. Now instead of having spies over enemy lines, mass communications can be intercepted and stores for review due to programs like PRISM collecting meta data.

I like the fact that a persons life doesn’t have to be put in danger to acquire valuable information, however the government’s reach of several of the countries with these capabilities, extends a little too far. A government agency shouldn’t be spying on the citizens of it’s own country, or even it’s allies. I think the diffusion of responsibility that comes from working for a corporation or government agency, as well as the compartmentalization of information that goes on within them helps divert the blame from the person who is actually doing some of the unjust things that may end up being done. Neither of those are a good enough excuse, and government overreach should no longer be tolerated. The internet has made the actions of those in the public eye completely transparent, and it’s good to see people being help accountable for the things they do with the powers they have.

8 Responses to "Canada and Their Involvement in the Cold War"