Is the knockout game a hate crime? Is the newest You Tube sensation, known as the “Knockout” game just random acts of violence or is there some element of racism involved in these violent attacks which may have already claimed the lives of four people?

In the last few months there has been an increase in random attacks throughout the US where groups of youths pick out an unsuspecting person and sucker punch them with the intent of knocking them out. One of the youths records the attack using cell phone video and then posts it online. In all of the incidents there was no attempt to rob the victims. This week the mainstream media is finally reporting on these attacks.

On Friday four people were held in connection with an assault on a 24 year old, Jewish, white man in Brooklyn, NY and one was formerly charged with one count of third degree assault and two counts of committing a hate crime. The victim of the attack claims he heard the group talking about the knockout game immediately before they punched him in the face. The NYPD is investigating eight other similar incidents in the same Brooklyn neighborhood against Jewish people. Earlier in the year a homeless man was killed in a similar attack. According to the New York Daily Post, the so called game involves groups of young blacks roaming the streets looking for victims.

There have also been several reported incidents of victims and intended victims fighting back including one in Lansing, MI where 17 year old Marvell Weaver shoved a taser into the side of an unidentified victim in another version of the game, but the taser didn’t work. The victim’s licensed .40 caliber handgun did however and he shot Weaver twice, wounding him.

This brings up the question, is this knockout game a racist hate crime? Are young blacks targeting whites? According to Victimsofcrime.org the definition of a hate crime is:

“Hate crimes are criminal offenses “against a person or property motivated in whole or in part by an offender’s bias against a race, religion, disability, ethnic origin, or sexual orientation.”

If it is in fact true that groups of blacks are targeting whites as victims it would be, but as of yet no there appears to be no overwhelming evidence this has been the case. The reason for this lack of evidence, could be because of a reluctance of the mainstream media to report black on white crime as racist acts which may be one reason this is so. The media has no problem reporting on white on black crime, such as the recent case in San Jose State University where a group of white students allegedly verbally and physically abused a black student and the Trayvon Martin case but when it comes to black on white very little seems to be reported. 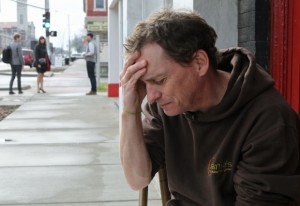 According to Colin Flaherty author of “White Girl Bleed A Lot: The Return of Racial Violence to America and How the Media Ignore It” the media has been ignoring the issue for years.

Racial violence is back. Along with widespread racial crime – even riots. In hundreds of episodes in more than 80 cities since 2010, groups of black people have been roaming the streets of America – assaulting, intimidating, stalking, threatening, vandalizing, stealing, shooting, stabbing, even raping and killing. In cities big and small. In ways expected and unexpected. But local media and public officials are silent.

If the media has been covering up these crimes, what would be the reason? According to Thomas Sowell, a senior fellow at the Hoover Institution, Stanford University,writing in the New York Post, it is likely because of political correctness and fears of “provoking a race war.”

Some in the media, as well as in politics, may think that they are trying to avoid provoking a race war by ignoring or playing down these attacks. But the way to prevent a race war is by stopping these attacks, not trying to sanitize them. – Thomas Sowell

He then relates the history of the Obama administration when it comes to race relations:

What is politically expedient is to do what Attorney General Eric Holder is doing — launch campaigns against schools that discipline a “disproportionate” number of black male students. New York City’s new liberal mayor-elect is expected to put a stop to police “stop-and-frisk” policies that have reduced the murder rate to one-fourth of what it was under liberal mayors of the past… Apparently, political correctness trumps human lives. –  Thomas Sowell

Are these knock out games hate crimes or just misguided youths with too much time on their hands and has the media been covering up these crimes? It may be too early to tell right now but it is a something which needs to be watched.