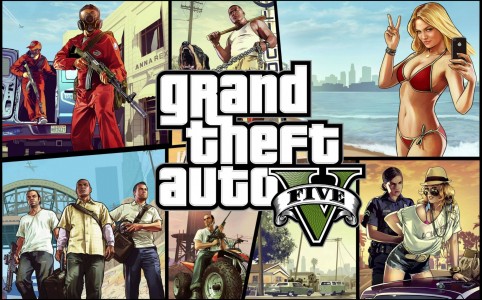 Rockstar Games’ highly anticipated GTA V was released on September 17th for both Playstation and Xbox. It sold $800 million in the first 24 hours and has continued to break records over the past couple of months. Black Friday is only days away and sales are expected to remain high. Parents all over the country will be standing in long lines this weekend awaiting their chance to snag the game for that special someone, but parental guidance is advise, since many will be buying the game for their children who are not yet 18. The Grand Theft Auto games are known to be the most violent and controversial games around. Being so, many reviews have been released claiming to be providing advice and guidance to any parent wishing to buy GTA V for a child younger than age 18.

Gamers praise GTA V for its realistic portrayals. GTA V is set in San Andreas, a virtual representation of Southern California. With this, game players are able to roam every corner of the game world. This ability is amplified by the three protagonist aspect which allows the player to be either one of three characters. Three characters, none of which would a good role model for a young child. Players may spend their time as Franklin, a street gangster; Michael, a professional ex con; or Trevor, a violent maniac. Throughout the game players must accomplish missions, all within the grand theme of the game. The theme, “Pursuit of the all mighty dollar,” may not resonate with parents who wish to instill certain morals about money to their children. Between missions players may decide to engage in other activities. They may swim, play golf, visit the nearest strip club, or engage in criminal activity. Many critics question whether some parents would want their 12-year-old dealing with this type of reality at such a young age. Many wonder if these parents are even aware of the “M” rating of the game and of its very mature content.

Irish Independent reports about a school principal in Ireland, who not only voiced concern about the game, but has taken an extra step. Carolin Mhic Roibin took a chance and mailed a list of movies, TV shows, and games she deemed inappropriate for young children.  The list was extensive, including GTA V and its four predecessors. She even enclosed a copy of an IMDb review of GTA V. This review begins with a disclaimer asking contributors for only factual entries about the contents of the game, and not for opinion or parental guidance. There are five categories to be covered: sex and nudity, violence and gore, profanity, alcohol/drugs/smoking, and frightening/intense scenes. Reviewers describe scenes in the game that are full of profanity, use of the “N” word is common, sexually explicit content, and unnecessary violence.

Some parents have reviewed the facts, and read reviews and have witnessed the game themselves. Some have created reviews of their own, stating that the game is not as bad as it is portrayed. While parental guidance for GTA V is advised, the ultimate decision is up to the parents whether or not to purchase the game for their child.