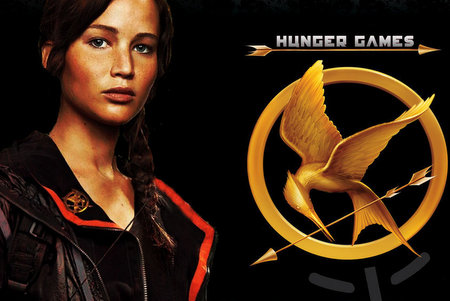 A theme park for The Hunger Games is being considered by Lionsgate Entertainment. In the books and films, adolescents must compete in a televised battle to the death in a world controlled by an evil dystopian government. This makes it an odd choice for a theme park.

The Hunger Games is set in the post-apocalyptic nation of Panem, which consists of 12 districts where the people are impoverished and desperate. Each year, one boy and one girl aged 10-18 is chosen in a lottery to compete in the games until only one remains. It is highly doubtful that these will be prominent aspects of the theme park, however.

Lionsgate CEO Jon Feltheimer divulged this theme park idea in a conference call with analysts last week during a quarterly earnings report. He says that the studio has been “approached in two territories.” No more details of the potential theme park were given, but Feltheimer added, “We are excited about those opportunities and are pursuing them.”

“The Hunger Games: Catching Fire” is set to release on Nov. 22 and is predicted to be a big box office success. It is based on the second novel in Suzanne Collins’ book trilogy. After winning the Hunger Games, Katniss Everdeen makes her return to District 12 but must soon leave for a “victory tour” of the districts, where she hears talk of rebellion against the totalitarian Capitol. The first Hunger Games movie grossed over $690 million and was the third best-selling film in the US in 2012.

There already is an amusement park based on a modern film franchise: The Wizarding World of Harry Potter. It opened at Universal Orlando Resort in 2010 and may expand to new parks in Hollywood and Japan. The park include roller coasters and a recreation of Hogwart’s wizarding school.

The Simpsons has a new theme park at Universal Studios Orlando. It includes a Krustyland carnival, a Kwik-E-Mart convenience store, Krusty Burger, Duff Gardens, Moe’s Tavern, and other locations in Springfield.

Disney has recently unveiled plans for an Avatar-themed section of the Animal Kingdom in Orlando. Set to open in 2017, it will be a recreation of James Cameron’s Pandora with a bio-luminescent jungle and floating mountains.

Whether or not The Hunger Games can be adapted into a theme park as easily is debatable. One can only wonder how a Hunger Games theme park can stay close to its dark source material. Perhaps it could have an archery area? Will one area be modeled after the opulent Capitol, another after the districts, and one for the arenas?

Fans on the internet are already buzzing with the suggestion that Lionsgate is completely missing the point of the Hunger Games books, which are allegorically rich young adult fiction novels. Bleak entertainment is used to brutalize and subjugate the people of the districts who live in misery. It is a surprise that The Hunger Games is even being considered for a theme park at all.