Iran Wakes up to Deal with West 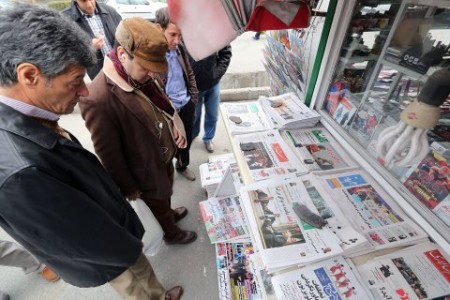 After weeks of diplomatic haggling and international pressure, Iran woke up this morning to a historic, divisive, and ultimately satisfying deal with the West. A deal that will provide legitimacy to Iran’s nuclear program in return for oversight from the international community, a suspension of U.S. backed sanctions, and a commitment by Iran to limit its uranium program to civilian use. The multi-layered agreement shaped by heartbreaking snags and breathe-taking breakthroughs is the first step in the politically divisive talks say officials, pitting conservative war hawks against progressive diplomacy advocates. Many officials say they now see a light at the end of the tunnel for a full scale, long-term agreement between the West and the Islamic Republic.

While Israel has called the tentative deal a “historic” mistake, President Barack Obama has called the diplomatic deal a “path toward a world that is more secure,”

The guts of the historic deal include a 6 month trial period where Iran will be placed under international observer watch, putting Iran’s nuclear program under the scrutinizing eye of nuclear watchdogs and the international community. In return, Iran is permitted to continue operating the essential elements of its uranium program, a stipulation of the deal which Iranian President Rouhani has declared a win for Iran’s “right” to nuclear power. 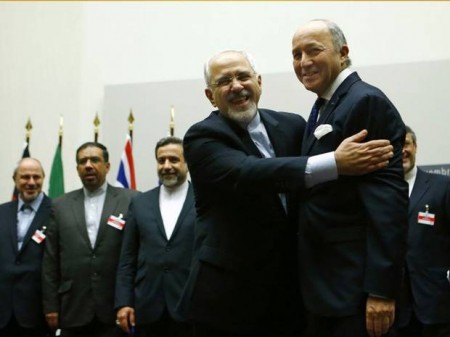 In a nationally televised speech only hours after the deal had been signed, President Rouhani said “No matter what interpretations are given, Iran’s right to enrichment has been recognized,”

Limited political backlash in a deal modest enough to satisfy both sides of the political spectrum in the East and the West has critics convinced of the deal’s success. Iranian citizens and moderates perceive the deal as a victory for their country- the most important aspect of which is an implicit Western backed approval of Iran’s right to produce nuclear energy, a right verified under the terms of the Treaty on the Non-Proliferation of Nuclear Weapons, of which Iran is a signatory. Meanwhile moderate, to conservative, to progressive factions within the U.S. have embraced the deal, seeing the daily inspections of Iran’s nuclear facilities a way to keep Iran in check while a more definitive deal can be constructed to deal with the totality of Iran’s nuclear ambitions.

Of all the most staunch opponents to the deal, Israeli Prime Minister Benjamin Netanyahu has reiterated his hardline stance against any negotiation with Iran that does not include a full dismantling of Iran’s nuclear facilities. The political climate in Israel can be summed up in a political cartoon published in one of Israel’s local newspaper, depicting Israel’s foreign minister saying “I’ll find us new friends.”- an overt stab at the United States and nations involved with the deal.

Israel and Iran continue to toss cold and hostile verbal assaults at each other, despite the warming political climate. During negotiations, Iranian Supreme Leader Ayatollah Ali Khamenei called Israeli officials unfit to “be even called humans,”, even calling Israeli Prime Minister Netanyahu “the rabid dog of the region.”

While Iran and Israel continue to bicker, officials from the United States, Britain, China, Russia, France, Germany and Iran all have reason to celebrate- the deal, the first of its kind in the history of the Islamic Republic of Iran, has satisfied millions of people in countries from both sides of the issue, and may be the thaw needed in a decades long diplomatic stalemate between the West and the Shi’ite kingdom. A suspension on sanctions, totaling of about $1.5 billion, is a part of the deal, providing the nation with much needed revenue.

After waking up to the deal with the West, one Iranian newspaper printed in bold letters on the front page “This is Iran, and everyone is happy.”