By Danelle Cheney on November 18, 2013Comments Off on Karla Alvarez Died From Eating Disorders Surging in Latinas

The 41-year-old actress Karla Alvarez died of eating disorders, which are surging in Latinas.  The family of Karla Alvarez found her dead late Friday afternoon at her home located in the Fuentes del Pedregal neighborhood of Mexico City.

Karla Alvarez’s eating dysfunction is becoming more common in the Latina population, a finding that is both disturbing and disheartening.  Researchers have evaluated some 2,000 Latina, all within the range of 11-20 years old.  They found that the number of Latina giving in to eating disorders – commonly referred to as anorexia and bulimia –  is now equal to Caucasian sufferers. The investigators identified some common behaviors such as unhappy body images, negative emotions, alcoholic and drug usage, and poor self-worth.

Anorexia means to obsessively pursue losing weight due to a distorted view of body size.  Dysfunctional behaviors include extreme exercising and dieting.  Bulimia evolves from the same mental illness but it is carried out through  “binging and purging”, which means to eat too much and then throw it up.  These disorders bring great risks that can even lead to death as in Karla Alvarez’s case.

Karla Alvarez has been described as “troubled” with the same common behaviors found in eating disorder study participants.  Officials on top of the case in the Magdalena Contreras district finalized proof that the plagued actress had been getting therapy for bulimia and anorexia, although it did not  prevent her catastrophic death.

Previously the Latina culture has not been associated with eating disorders because it has generally embraced fuller figures. This hopeful viewpoint has changed.  Increasing numbers of young Latinas are trying to fit into the United States’ expectations commercialized in the media. The pressure to be thin is weighing heavily on Latinas now, just as it does on Americans.

As attention surges  to the Karla Alvarez case, it alerts everyone to how prevalent eating disorders are, and sheds light on why they are surging in Latinas.  A prevalent view emphasized by the media is that the reason for this is entirely due to the issue of trying to fit into a thinner body image, an unfortunate pressure that is part of reality in today’s world. 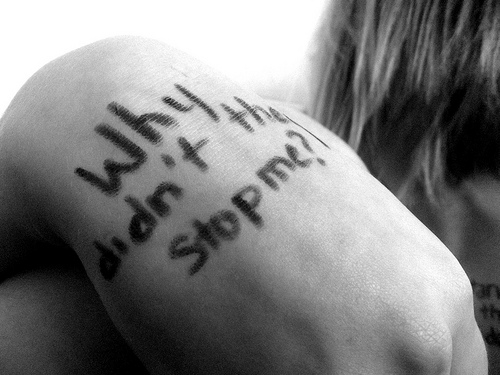 Yet experts have said that society pressures are only one component of eating disorders like in the case of Karla Alvarez.  They can develop from multiple causes.  Although body image is generally considered a primary reason for eating disorders, the problems can come without any societal pressures.

Mental Health professionals and doctors everywhere have sent out messages to watch for signs in friends and family who may show signs of an eating disorder, and to encourage women to go ahead and “love their curves” as typical Latinas always have, according to one Latin times reporter.

Awareness and knowledge of these disorders, like in the case of Karla Alvarez, needs to grow so people can start helping each other before it’s too late, so watch for these typical behaviors, and alert a medical professional or call the Helpline (630) 577-1330 for National Association for Annorexia Nervosa and Associated Disorders in cases where these symptoms are present, according to the Latin Times:

Despite the tragic death of Karla Alvarez, who died from an eating disorder, these types of deaths can be prevented, and Latinas – and all cultures throughout the world – can stop the surge in these eating disorders by being advocates in bringing hopeful messages of recovery and intervention to their loved ones.