Knockout Game Proves Dangerous for Teens Who Want to Have Fun 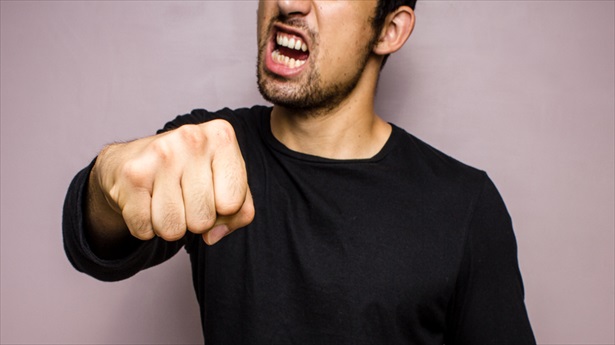 There was a time meeting up with friends at the park, gathering at the mall or driving parents insane was a teenager’s job; now it seems the “knockout” game is rising as an option when boredom starts to set in. When a game involves attacking random strangers with a blind punch, it’s only expected the public will fight back. In more than fighting back, many legally armed citizens are proving a game for teens can also mean becoming seriously injured at the hands of someone, who must defend themselves from a dangerous attack.

This punk riddled and accepted game is not something new. Due to the rise of social media, it’s being stripped from the shadows and dozens share horrifying stories on social media. Below is a video of a victim being attacked by a pack of teens as part of this sick game. A teen had stated to a media source, teens were selecting this outlet simply because they were “bored.”

*****Warning*****The video contains disturbing and violent content relaying to attacks against individuals by teens. Please be advised, not suitable for younger audiences. Watch at your own discretion, Guardian Express and its writers, authors, editors, owners, partners and affiliates are not responsible for any reactions this content may draw from viewers. You have been warned.

The Public Fights Back

As previously mentioned, the knockout game is not new, it merely is rising in exposure due to social media. It seems many in the public are not willing to become the next victim when a pack of teens get a streak of boredom. The recent string of attacks against individuals are leading to a greater unity of adults; they will fight back and teens better see beyond the rush, to the dangerous consequences that can and has stemmed from this demented measure of reported fun.

In Michigan, one man fought back and refused to become a victim. Fatalities of people dying as a result of the knockout game have been reported in St. Louis and New Jersey, where the game is originally considered to stem from. A father, who is unnamed, was at the bus-stop waiting for his 6-year-old daughter to be dropped off. He saw 17-year-old Marvell Weaver with a crowd of his friends and became alert as they approached him.

Weaver tried using a Taser on the man, which luckily was faulty and did not work. Weaver went to strike, but the man’s hand was faster as he withdrew his .40 caliber pistol, aimed and fired. Weaver was struck in the leg and a second bullet missed his spine by inches. Weaver was arrested and charged, he is now sitting in prison for one year, reflecting on his ignorant move.  Weaver now stated he made the wrong choice and it wasn’t worth the pain or the consequences and he admits he has officially learned his lesson. Below is a video of other attacks and Weaver’s response.

[Editor’s note] There is a story reporting on social media, regarding a 60-year-old woman who shot into a crowd of teens who attacked her, killing two. The story was not expanded here as legitimate sources seem unverified to the event.

Weaver’s Facebook account showed a few items; he was posing with a shotgun, he liked to do drugs and obviously had attacked numerous people previously to his arrest. In the scheme of responsibility, many are questioning, where are the parents? Certainly, keeping tabs on teenagers is one of the hardest facets of parenting, but understanding the influences are detrimental. Taking to Facebook, Guardian Express chatted with a 16-year-old teenager who requested to be unnamed and location withheld to share his experience.

I have heard of it, honestly I think all these old stories coming up now are making people do it more. My mom would have me buried so I don’t even come close to talking about it. Some of the kids who talk about doing it come from good homes, you know it isn’t that rough for them to be acting like that. I know my grandma is packing lol seriously she does so I don’t even play. If I’m bored I play a video game or go hang out at my friend’s house. We are too old to be acting like we don’t know we can get shot.

Pending are questions behind the motivation of the attack; leading many to ponder, are they race related? Based on various reported received, the answer would be no. They seem to be random attacks against adults of all races and nationalities. Mark Cumberland from Philadelphia was attacked by a pack of teens who were Caucasian. He recounted his story of just stepping outside for a cigarette, and barely removing his hands from his pocket when he was viciously attacked. He is still handling the effects of that attack, including respiratory issues. This story also does not encompass all teenagers. Many teenagers are horrified and condemn the acts of their peers to the fullest degree, finding no entertainment in the stories.

These types of events are the opportunity parents need to have a real and serious conversation with their younger kids and teenagers. It also places the general public on alert. The disturbing initial video shows adults were just walking by or standing by. There never is reason for a brutal attack against an individual out of boredom or recreational fun. The consequences, as seen here, should be a reminder for every teenager. A influential game one minute, can become another moment of leaving the scene in a body bag. Either for the victim or the attacker, understanding what is trending as a “fad” is a necessary component of parenting. The knockout game will hopefully dilute quickly as it proves to become a dangerous game for teens who want to have fun. Have a comment? Share with us below.