By Chris Bacavis on November 30, 2013Comments Off on Las Vegas: More Than 80 Sick in Mysterious Illness Outbreak 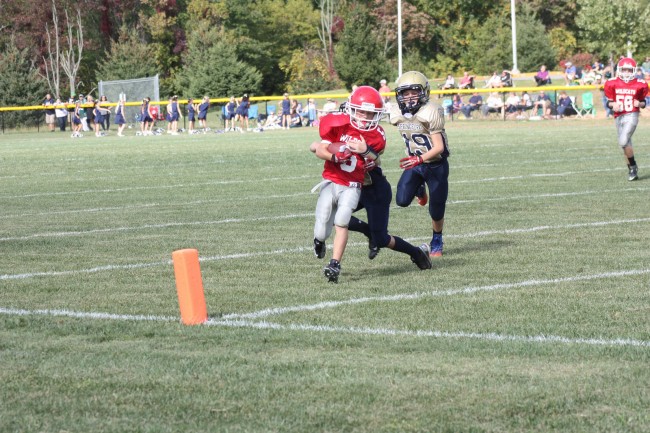 Las Vegas health officials were astonished over the weekend to learn of a mysterious illness outbreak that has affected more than 80 people. Many of the victims were child football players, as well as parents and coaches who were in the area for a youth football tournament. The illness began to be noticed by attendees of the event on Friday morning.

“The symptoms,” according to Las Vegas, Clark County Deputy Fire Chief Fernandez Leary, “are nausea, vomiting and diarrhea,” all of which are flu-like in nature. The teams participating in the event who were initially affected by the illness had traveled from the Californian cities of Santa Monica and Bakersfield. A number of players from other leagues are known to have been affected as well.

There is no confirmation yet as to what the illness is or what its actual cause was. The one certain link between the affected participants of the tournament, however, is that they were all gathered in the same place during the weigh-in and registration of players. It is possible that one or more individuals had already been carrying a contagious stomach virus at that same time.

“They [officials] are saying it is very likely that a player who was sick at home and came to Las Vegas on a bus likely was the cause, and it spread to that team and then to other teams,” said Justin Gates, one of the organizers of the tournament. Gates also remarked about the peculiarity of this particular outbreak. Typically, a limited number of participants will come down with something every year for one reason or another. The seriousness of this weekend’s widespread illness, however, is something which he calls “abnormal” and “very unusual.” Nine teams, several of them from the Las Vegas area, have reported their members as having the same aforementioned symptoms. In total, more than 80 are believed to be sick in this mysterious illness outbreak.

An investigation into the matter is being conducted in order to understand the cause of the outbreak. Even as early as Friday evening, Southern Nevada Health District officials had begun talking with adults and coaches in attendance and advising them on how to best handle the situation in terms of preventative measures. One of the most important suggestions offered was to maintain a regimen of regular hand washing. There is no information available yet as to when the Southern Nevada Health District or the Center for Disease Control and Prevention will complete their investigations, nor are there any entirely accurate counts of how many individuals in total have been affected.

Even with the circumstances, however, the tournament still ended at its regularly scheduled time on Saturday evening. The National Youth Football Championships have taken place since 1972 and are put on by Sports Network International. The players range from ages seven to 16. On Saturday, the leaders of the event wrote that, in spite of the mysterious illness that has left nearly 80 individuals sick, its various teams were “stepping up and giving the games everything they have…exactly what you would expect from teams of this caliber!”